The Spiral of Sand

On the very same evening that his little sister and best friend are married, Haruka is assaulted by a mysterious, scarred man who swears vengeance for a past wrong that he claims to have suffered thaks to Haruka's family! Can Haruka nail down the stranger's identity in time to save his own skin... or will his hunt for answers send him spiraling into a vortex of pain and suffering? The Spiral of Sand spins a twisted tale of unrequited love, revenge-fueled desire and a near-fatal attraction that knows no bounds! Forensics specialist Haruka has a brand-new co-worker who seems eerily familiar... right down to the jagged scar on his hand! Can he reach back to both the distant past and his memory of the surprise attack in order to figure out why a stranger has chosen him as the focus of his rage... and lust? 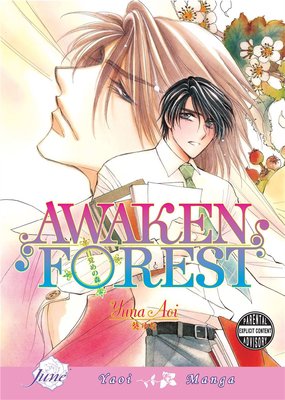 Editorial newcomer Yoshimori knows that his fast-paced career is bound to be full of surprises, but he never planned on meeting one of his favorite authors at a book release party! When the talented writer Orito Suga shows up with his shy brother Masato, Yoshimori is deeply touched by Masato's lonely smile... and his sweet, sparkling eyes. Stress and looming deadlines soon force Yoshi to move in with the temperamental Orito. Will the young editor get the full story behind these strangely inseparable brothers, or will he be kept in the dark for good? "Awaken Forest" opens the book on a host of beautiful men and spills all of their deepest secrets, along with every new heartache and scandal! Whether they're punching the clock, feuding with a childhood bully or lusting after their best friend, these men know that in order to get what you want out of life, you've got to take a stand for what your heart truly desires! "Awaken Forest" promises that no secret crush will go unrevealed... and no bedroom door can stay locked forever! 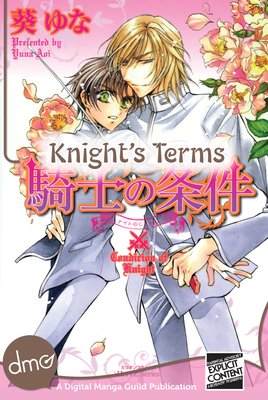 After entering Shirasagi Academy, Izumi Etou eagerly joins the fencing club, along with his friend Yuuji Saeki. Why? Because the senior he looks up to, Captain Takasaki, is there. He wants to become a graceful, strong man like him... Izumi tries his best, but gets irritated by the vice captain Ibe, who always sticks to Takasaki. On top of that, Yuuji seems to have complicated feelings about how entranced Izumi is with Takasaki... Nothing goes as easily as planned! What will happen to Izumi' s love?!