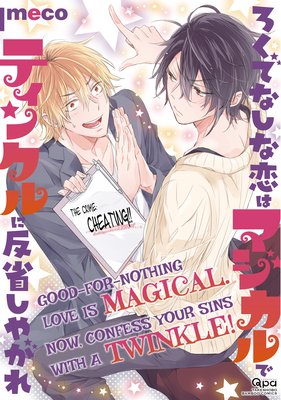 Good-For-Nothing Love Is Magical. Now, Confess Your Sins with a Twinkle! [Plus Digital-Only Bonus]

With a taste for cute guys, Seiji's a walking pick-up line who's always whispering sweet nothings in the moment. Io has a knack for falling head-over-heels in love and believes Seiji when he says they're destined for each other. The stage has been set for the tragedy to begin. After finding out all of Seiji's sweet words were nothing more than platitudes, Io casts a curse on him! To reverse the curse, Seiji must find true love!!! What is this curse, and what is Io's real identity!? With a little bit of wonder, this story is a magical and twinkling love panic!
Includes four digital-only pages. Mimi the Cross-Dresser and His Boyfriend Kei

Life is peaceful for Keiichi at his all-boys school. But one day, his classmate and best friend, Minami Sonoda, asks him out. Confused by these sudden gay advances, Keiichi rejects him and makes a run for it... But, that's not where it ends. The next day, Minami appears in front of Keiichi again, dressed completely as a girl, and brazenly vows never to give up on Keiichi's heart...!! Will things at school ever be the same again...? 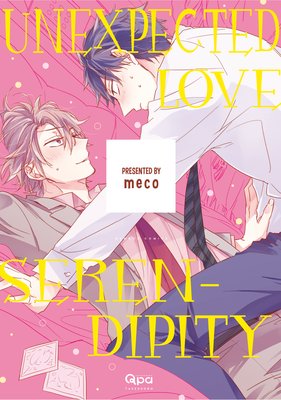 Shimizu is tricked by his colleague, the flashy Karasuma, into going to what he thought was a party for old classmates, but turns out to be a mixer with man-hungry women. In an attempt to escape, Shimizu lies and says he's gay and kisses Karasuma in front of everyone. Even after leaving the bar, the women continue to stalk the two, so they run into a nearby hotel! Drunk and swayed by the mood of the hotel, Karasuma, ever curious, says, "Let's do it! Just the tip!" Shimizu reluctantly agrees, so long as he's on top. At first Karasuma complains that it doesn't feel good, but gradually he begins moaning with pleasure, and Shimizu even starts to think he looks cute...!