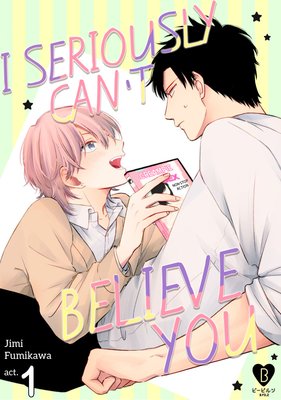 "I don't think you've realized your true nature yet." That's what Kon tells Iida, the hottest guy at school, wondering how anyone could be so proper. As popular as he is, Iida doesn't seem interested in any of the girls who come after him. Kon and his buddies try to look into the matter by flipping a coin and having Kon approach him with his confession of love, just to see if he's really interested in guys. "I've... never looked at guys like that..." says Iida, falling for Kon's ruse. Kon takes him home, hoping to straighten out the misunderstanding, when Iida suddenly grabs him by the shoulder, and... A story about a mysterious hottie at school and a prince of a certain kind. 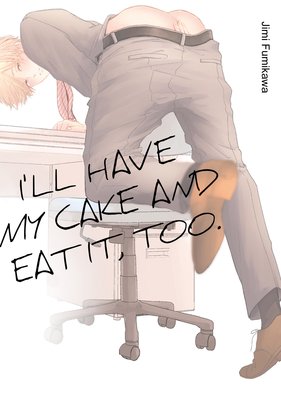 I'll Have My Cake and Eat It, Too.

With his sharp looks and handsome face, Kenta Sasanuma's boss, Wataru Kuji, is Mr. Popular with everyone... In reality, though, he loves physical pleasure... and will do it with anyone!! Now, it looks like Kenta's well-endowed manhood is in his sights. Almost every day, be it in the restroom or a meeting room, Wataru buries his face in Kenta's lap and then practically begs him to stick it in. Kenta's poor junk is being all kinds of exploited by his relentless boss...! Tossed about by his aggressive bottom of a manager, plain-old sales rep Kenta is in for a happy world of trouble.