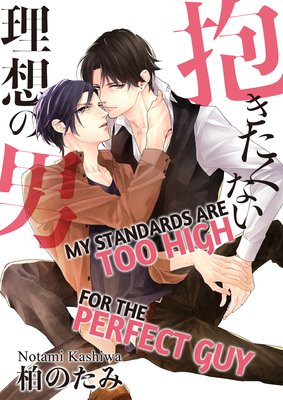 My Standards Are Too High for the Perfect Guy [Total ch. 5] Completed

Haruto Tsukiura's ideal type is a Japanese guy with black hair. When he meets the famous stage producer Aoi Koshimori, he's so ideal that Haruto catches himself staring... and Aoi catches him, too. Aoi secretly slips Haruto a note telling him to where to meet on the following night. On it was a hotel room number...! This is a spinoff of "How an Innocent Manga Artist Holds Down a 9-To-5 While Being Held Down by His Hot Boss"! 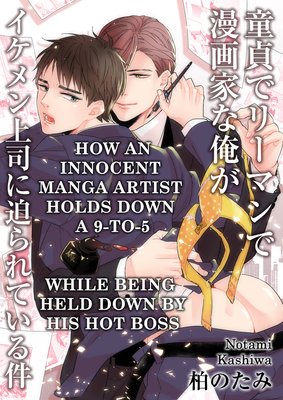 How an Innocent Manga Artist Holds Down a 9-To-5 While Being Held Down by His Hot Boss [Total ch. 4] Completed

Kaoru is a businessman... and a rookie manga artist... and an "innocent"... who has never had a girlfriend. His manga plotlines suffer from his inexperience in love, and now his editor's put his job on the line. Desperate to understand women, Kaoru drunkenly purchases a bra online. When that still doesn't help, he goes out after work to drink away his sorrow and is approached by an incredibly handsome man. Happy to have some company, Kaoru drinks until he passes out... The next morning, he wakes up in a hotel room in bed with the man from the night before and finds the guy took photos of Kaoru wearing the bra! And now Kaoru's getting blackmailed into doing all sorts of things...!