The "Raintree" and "Ansara" are both gifted with special powers. However, the two clans have long been bitter rivals with the war between them spanning millennia.
These are tales of fate and fighting, and of the loved ones who get caught up in the fray. 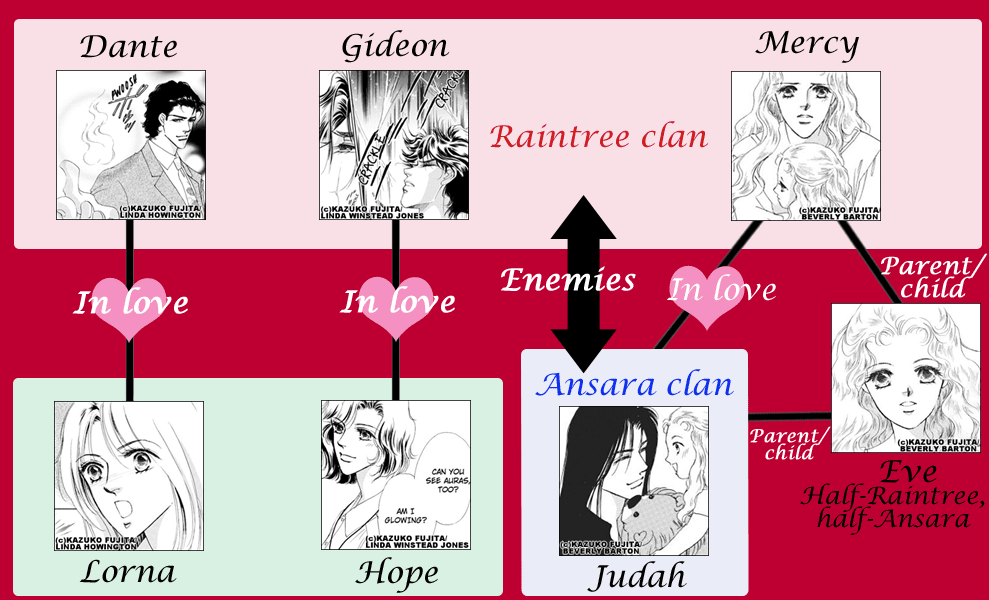 King of the Raintree clan and owner of the casino-hotel, "Inferno". Can control fire at will.

"I'll show you the power... of the Raintree Dranir!" 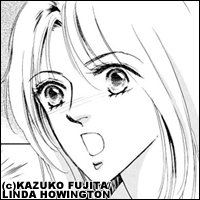 Is able to see the future but has led a lonely life because of her power. Everything changes for her when she meets Dante.

Ever since she was born, Lorna has had a way with numbers; she's able to see them in her mind before she sees them for real. She uses that ability to her advantage while in a casino and is spotted by the owner! Lorna is shocked, but the man merely smirks and extends his hand toward her. All of a sudden, a flame appears in his palm! The owner of the casino is actually Dante Raintree, the king of a powerful clan who have special powers.
Lorna resists him at first, but the more time they spend together, the closer they become. Just then, the Raintree clan's enemy, the Ansara, begin to attack!! Prince of the Raintree clan and younger brother of Dante. Body emits strong electrical charges, which he can control. Is also able to commune with spirits, resulting in an almost perfect arrest record as a homicide detective. 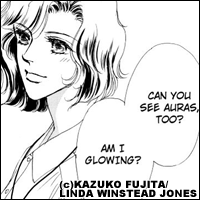 Homicide detective and Gideon's new partner. Is caught in the battle between the Raintree and Ansara clans while investigating grotesque murders.

"I'm not the sort of woman to sit back quietly and wait."

A young woman has been viciously murdered, and the attack was carried out by one of the Ansara, the Raintree's mortal enemies. It seems the intended target was actually Gideon, prince of the Raintree clan! Gideon is able to channel electricity and can speak to ghosts, but he's never let anyone know about his abilities. Anyone, that is, until he meets Hope, his new partner; he reveals everything to her after he clashes with the murderer and is injured.
The sparks between the two detectives fly, and it's not long before things get physically charged, too. However, the Ansara are slowly closing in! King of the Ansara clan and enemy of the Raintrees. Met Mercy, princess of the Raintree clan, seven years ago. Spent the night with her without realizing who she was. Princess of the Raintree clan and younger sister of Dante and Gideon. Has the power to heal others and protects the clan's sanctuary. Is keeping a shocking secret from her family.

"Can I trust you, Judah? Can I really trust you?"

Mercy is the princess of the Raintree clan, and a powerful healer. She resides at the family home, the Raintree sanctuary, and protects it from harm.
Seven years ago, Mercy spent the night with Judah, and though she didn't realize at the time, he is the king of the Ansara clan, who are sworn enemies of the Raintree! Now Mercy must raise their daughter, Eve, while keeping the girl's true lineage a secret. Suddenly, Judah and Mercy's paths cross again! Why is the king of the Ansara at the Raintree sanctuary, and what will happen in the final battle between the two clans...!?