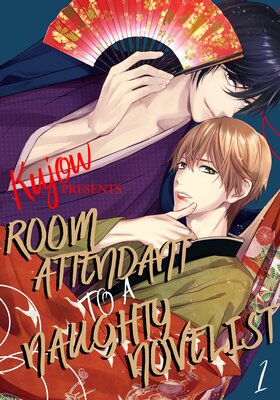 Room Attendant to a Naughty Novelist!

Iori Tachibana has never had any problems with women. He made his debut as a romance novelist with stories based on his own experiences, which both made him quite famous and started his extravagant spending habits. Now, for reasons he doesn't wish to disclose, Iori has writer's block, so he travels to a secluded inn in the mountains looking for a cure... The inn is run by his old friend Madoka, and she assigns cute, young Souma as his room attendant. But, Souma's a guy! Iori had been hoping for a girl... In particular, he'd been hoping for the beautiful female dancer he briefly saw outside. He thinks she might just be able to cure him... With that, he starts searching for her, but has no luck actually finding her. As a last resort, Iori asks Souma about the dancer, but while Souma knows her, he won't tell Iori anything... Could she have something to do with Souma's secret...!?

Room Attendant to a Naughty Novelist! (1)

Famous romance writer Iori Tachibana arrives at a secluded inn looking for a cure to his undisclosed ailment. Souma, his room attendant, might know something about the girl Iori is looking for![39pages]
Pages: 39
Rent (48hrs) : $
Buy : $2.00 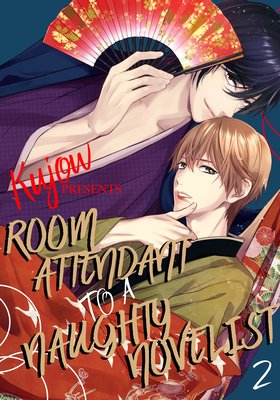 Room Attendant to a Naughty Novelist! (2)

After learning the truth about the dancer, Iori discloses a secret of his own and asks Souma for an unexpected favor. Is Souma going to be able to help him?[28pages]
Pages: 28
Rent (48hrs) : $
Buy : $2.00 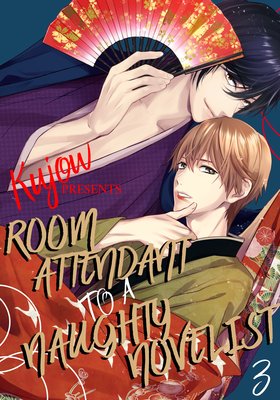 Room Attendant to a Naughty Novelist! (3) 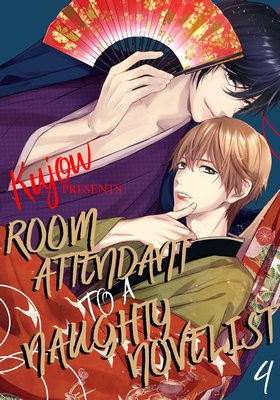 Room Attendant to a Naughty Novelist! (4)

Living with Iori proves to be more eventful than Souma was expecting, but what happens when another customer requests "Tomoe" for a dance?[33pages]
Pages: 33
Rent (48hrs) : $
Buy : $2.00 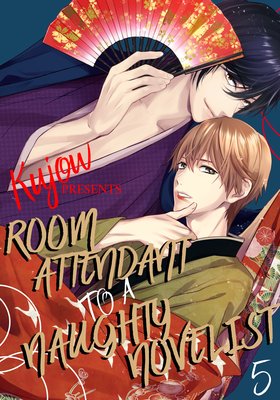 Room Attendant to a Naughty Novelist! (5) 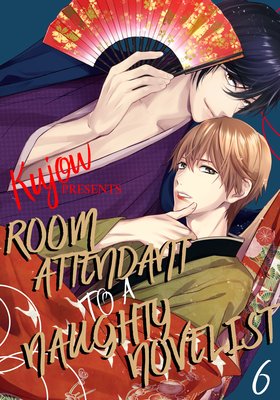 Room Attendant to a Naughty Novelist! (6)

Thenameislynn
6 Helpful
VIEW LESS
5 6 Thenameislynn Really beautiful art and well paced plot. I liked how the main character novelist isn't as perverted as I had expected. (I judge plots by their cover and title and half the time I assumed wrongly. Lol!) Spoiler: Characters were able to slowly understand their feelings and work through their emotions and not blindly follow the flow. 13865
5 2 Lillybelle I absolutely love this story line so far! I've never lived volume comics but for some reason this one has me hooked. I can't wait till the next update and i love/hate that cliffhanger and many little secrets that we will learn. 13415
5 1 0hRa30h Loved it! Iori & Souma's relationship is goals. Made me laugh/chuckle a lot while reading. I had to read it all to the end in one sitting. It was cute, light and funny for sure. 24512
5 1 SavageUnicorn Cute and fluffy. 22597
5 1 Tantalusqual Surprisingly great, which I would never have expected from the cover which just looks mediocre. I got an ad for this title on a page and liked the black and white art style so much that I just had to buy it. The black and white art of this comic is just gorgeous and amazing which pairs nicely with a cute story with two charming protagonists.While there is some teasing, there are no inconsensual act of doing it in the first chapter just to get the readers engaged, just two cuties slowly falling for each other. 20986
5 1 Manga34 Really love the art well done. Cute story, would love to read more. 18421
4 1 hushsee First of all I love love the art a lot. Also this couple is just really cute. Souma is best boy!! Really enjoyed this one a lot 17090
5 1 CheryLMolla I love Kujow's artstyle since Blood Domination, and I've seen the promotion for this BL a lot, thank you for translating it! 13795
3 0 lovesfiction97 ...I'm a little surprised by how highly this was rated. It's not terrible, but it's not great either 16756