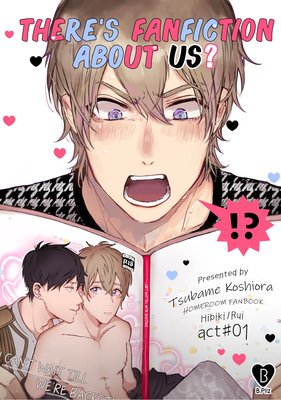 There's Fanfiction About Us?

There's Fanfiction About Us? (1)

Rui and Hibiki have been pop stars for five years, and things are going well. When Hibiki stays at Rui's one night, the two men find some fan-made manga about them and are shocked to see that it's more than a little suggestive![40pages]
Rent (48hrs) : $
Buy (Permanent) : $2.00 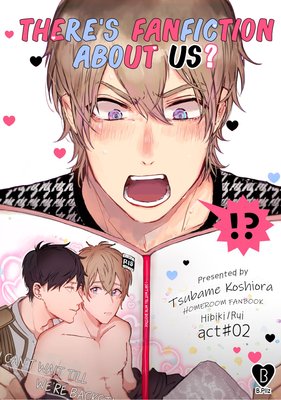 There's Fanfiction About Us? (2)

Rui can't stop thinking about last night and what happened with Hibiki. It's distracting him at work... To make things worse, Shinji gives them some more Hibirui manga for "reference."[44pages]
Rent (48hrs) : $
Buy (Permanent) : $2.50 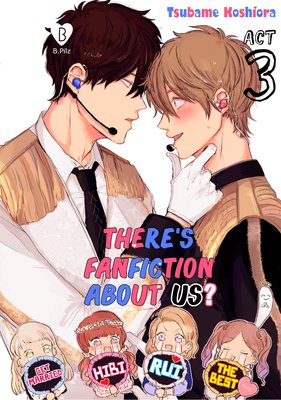 There's Fanfiction About Us? (3)

Even though Hibiki and Rui's work schedules keep them busy, they still manage to find time to consummate their relationship... which is still meant to be just for "work"... But, it seems Hibiki may have some competition...[36pages]
Rent (48hrs) : $
Buy (Permanent) : $2.00 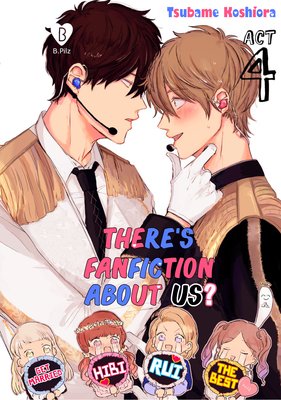 There's Fanfiction About Us? (4)

The game has changed since "Battle Park." The fans now want to see Hibiki and Rui working with Yun and Haruna more than with each other. Their hectic schedules keep them from enjoying quality time together. What's going to happen now?[42pages]
Rent (48hrs) : $
Buy (Permanent) : $2.50 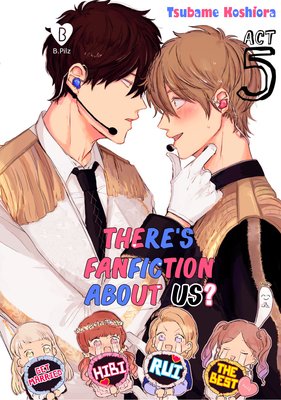 There's Fanfiction About Us? (5)

Hibiki and Rui are spending less and less time together. Hibiki might have competition, and he's feeling lost without Rui by his side. As he reminisces on the past, he starts to worry about the future.[30pages]
Rent (48hrs) : $
Buy (Permanent) : $2.00 Their jobs are keeping them away from each other so much, Rui feels like he's missing something. But then, he finally gets to be alone with Hibiki, and it's just like old times. At least, until the tickling goes too far...[50pages]
Rent (48hrs) : $
Buy (Permanent) : $3.00

winkitty
8 Helpful
VIEW LESS
3 8 winkitty Cute and pretty art!!! I'm a sucker for younger tops so I couldn't resist reading it. The sypnosis is dead on and from there its smutty. Rui (btm) is so cute and I love all of his expressions! I gave it 3 stars (but it's more like 3.5 stars) because it's a little fast paced and it's a silly kind of funny but still enjoyable ^^ Looking forward to the continuation! 13449
5 6 Mrsmangame123 I've found gold!!! Rui and Hibiki are a pop duo and have known each other for years. But one night searching themselves online changes everything. The art is great, so much detail. The characters are cute and likable. That manager of theirs is hilarious!!! So blasé about them hooking up lol. Can't wait to see who's responsible for that comic and what these two cuties get up too. 13427
5 1 dirtyangeltoes The first chapter definitely seemed faster paced, but later chapters have gotten better in both writing pace and art work. I absolutely love it and both characters' relationships around one another is cute as heck. The manga itself is funny but not too funny that it distracts or takes away from things. Absolutely perfect IMO. 14688
5 1 striderincident The story is so interesting! It starts out quick then by the third chap I'm HOOKED. A rival, some very good smut, and cute moments sprinkled inbetween, I can't wait to read more! 14118
5 1 reireirei This manga is really funny and idiotic and amazing. 10/10 would recommend for people like me who love funny and sexy. 14037
5 0 Frogufo This manga was very fast paced and funny!! I loved how crazy the story was with amazing comedic timing!! So many of the facial expressions made me crack up. 15321
5 0 paandaboy Super cute and adorable! I love the fun and different setting of the story, and the adorable awkwardness between the couple (particularly on Rui's part). The art is fantastic too, which makes reading super easy. 15149
5 0 ebookrenta0ted9pqa7 Loved this one! Would definitely recommend!! 15113
5 0 mariaflora1208 I didn't expect it to be that good. A bit cliche but still so cute and so good. I want more 14634
5 0 ebookrenta0z3oigzzy cute 14452
5 0 nanamichan27 The uke is extremely adorable. The way the seme handles the uke is so heart throbbing! They are totally meant for each other! Love this manga a lot. It's very entertaining. 14448
5 0 Thenameislynn There are a total of 6 long chaps divided into 2 volumes for its Japanese version. So it will be quite a ride. I've always liked this trope, hence the 5 stars. Spoiler: Tho cliche, the pace was nicely done. Nothing really angsty tho their relationship gets bumpy here and there but you know it'll all end well. 13863
5 0 kpossibles I enjoy this trope with pop stars or celebs finding out that there's scandalous fanfiction or fanart about them and then get turned on. It develops super fast into the sex scene XD I would recommend this to anyone as the art is nice and there's lots of steamy sex. LMAO at the end of chapter 1, their manager walks in on them and is like nonchalant about it XD 13635
5 0 kurtsy Really funny and cute so far~~ 13621
4 0 kerralynch Omg, I was not expecting that at the end part 13571
5 0 opippy77 OMG, this first chapter is SUPER FREAKIN' HAWT and incredibly funny! I am seriously waiting anxiously for the next chapter... 13435
5 0 reyji The smut is great, the art is cute, the characters are fun, and the writing is hilarious. I had tears of laughter in my eyes at the end of chapter one. Can't wait to read more <3 13432