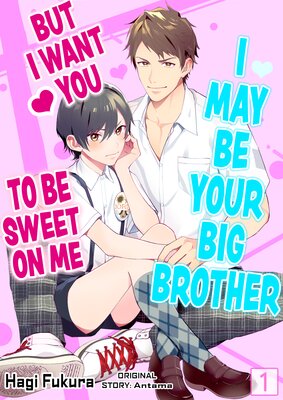 I May Be Your Big Brother But I Want You To Be Sweet On Me (Current ch. 10)

The super popular novel about a handsome young man getting involved with his boyish older brother is now a manga series!
Being an older brother is a lonely existence... Kanata, the older brother, has always been taken advantage of by his arrogant younger brother, Keita. To relieve his daily stress, Kanata works part-time at "Little Brother Cafe", where working men, who are sick of this dog-eat-dog world, pay for young guys to act as their younger brothers and serve them.
Even though Kanata can't tell anyone about this job, he's happy to have his "older brothers" (regular clients) call him "cute" and say that they "love" him. But then, one day, Keita finds out about this part-time job...! 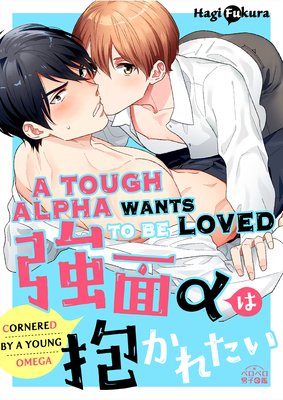 A Tough Alpha Wants to Be Loved -Cornered by a Young Omega- [Total ch. 2] Completed

Ikeya is good at his job, his colleagues look up to him, and he can always be relied upon. He just has one wish: for a guy to top him. He plays with himself every night and is desperate for the real thing, but unfortunately, he's a scary-looking alpha, making it almost impossible to find a partner. One day, Yuuhei Shimamori, who happens to be an omega, starts work at Ikeya's company. He may look like a carefree playboy, but his diligence soon catches Ikeya's attention. However, when the two of them are alone in the office one night, Yuuhei goes into heat! Pheromones overflowing, he tells Ikeya that he needs an alpha, or his symtoms won't stop... Ikeya can hardly control himself, and at his limit, asks Yuuhei to top him! 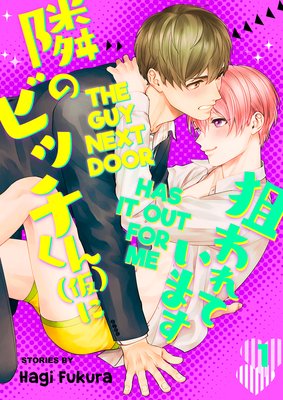 The Guy Next Door Has It Out For Me [Total ch. 6] Completed

Shoma is a businessman who lives in company housing. All of a sudden Itsuki, a man who just happens to be as cute as a girl, moves in next door. Then one night, as Shoma goes to complain to his neighbor about a noise problem, a naked man and a scantily clad Itsuki rush out. Shoma, who inadvertently ends up helping Itsuki, finds out that they went to the same preschool and were childhood friends... But he doesn't have any memory of it. Shoma, who can't bring himself to say "I don't remember" suddenly gets pushed down in front of his door by Itsuki...! This is a cute little love story between an innocent businessman and a super cute guy next door!