I'm Engaged to an Overbearing Rich Boy -Don't Be So Mean to Me- [Total ch. 6] Completed

Aged 28 and with no romantic prospects, Misaki hasn't seen any action since college. Driven by desperation, she lies to her friends about having a boyfriend, when who should appear but the handsome stranger she met - and almost went home with - at a bar one evening! Taking full advantage of the fortuitous turn of events, Misaki begs him to pretend to be her boyfriend, just for the day! He agrees, but on the condition that she keeps her promise. The only problem is, Misaki doesn't remember much about the night they met... She says okay anyway, only to very publicly find out he was talking about them getting engaged! And what's more, he's the heir to a major corporation...! 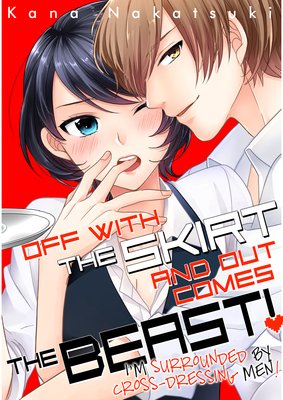 Off with the Skirt and out Comes the Beast! -I'm Surrounded by Cross-Dressing Men!- (Current ch. 7)

Kaede is down on her luck, with no job and no boyfriend. While wandering the streets, she runs into a man named Chinatsu, who reminds her of her first crush. Driven by what feels like fate, Kaede follows him... to a cross-dressing bar! She's mistaken for the new hire and finds herself in the bizarre situation of cross-dressing as a woman despite being a woman herself. She meets Chinatsu again, in his feminine clothes, and he kindly teaches her the ropes. However, the instant they're alone, Chinatsu makes a move on Kaede... He still thinks she's a man and tells her he normally only goes for women, but that he's attracted to her all the same. The fervent kisses, the passionate touches... She can't run away from his aggressive embrace...! 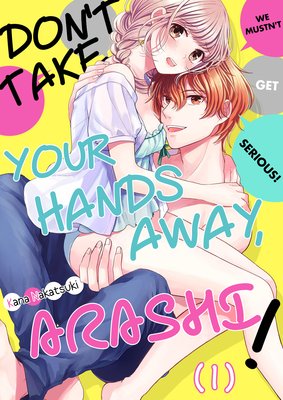 "Arashi, don't take your hands away..." "Your words are like poetry... Now there's no stopping me." This is a story of blundering love between a pure virgin who worries that she's developed wicked desires, and an escort blind to his own feelings! 23-year-old Kokoro Haruno, whose friend is concerned about the lack of romance in her life, have Arashi, an escort, show her what it's like to be in love... Arashi brings up Kokoro's stiff shoulders, and he begins to give her a massage, but his hands and his touch make her feel so hot, she can't keep quiet... "Kokoro... Is this okay? I'll be gentle." She's kissed all over, her clothes peeled off one by one... Kokoro's softly caressed and stimulated by the hands of a man for the very first time... But it must stop now! It simply must!