Series Label > “Let's Be a Family” 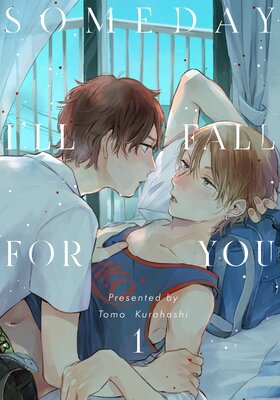 Chiaki and Kazuma have been brought up like brothers, but as they get older, their relationship starts to change. One night, when Chiaki's staying over, Kazuma is woken by strange sounds coming from the futon next to him, only to find Chiaki touching himself... Kazuma offers to help him out, and his touch confuses but excites Chiaki. As they touch one another, Kazuma sees a look on Chiaki's face he's never seen before... After they come down from their high, Chiaki avoids Kazuma's gaze because he doesn't want Kazuma to see how flushed he is, and also because he's finally realized his true feelings for his friend. Following on from that day, the two of them touch each other like it's some kind of game...
This is the prequel to "Let's Be a Family!!" 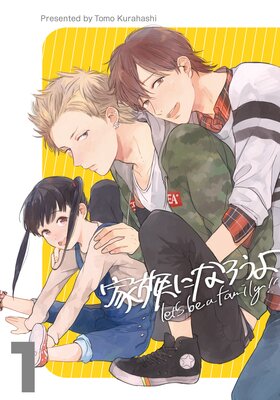 The kind, smitten Chiaki and the scary yet reliable Kazuma are a long-term gay couple. Tomoe, the tomboy who knows of their relationship, asks to see them, and they find her with a large tummy and another life growing inside her. The father is unknown, and although Chiaki and Kazuma are exasperated with the chipper Tomoe, they help her out. Before they know it, the baby is born. The two men are relieved that Tomoe is acting like a proper mother, but one day, Tomoe comes to them with tears in her eyes and says, "Take care of her for me.......!" The bubbling motherly instincts, the increasing motherly skills, and the interrupted sex!?
New territory for Tomo Kurahashi, author of "I want to do what lovers do.", this is a heart-warming story about the bond between two men, and familial love.