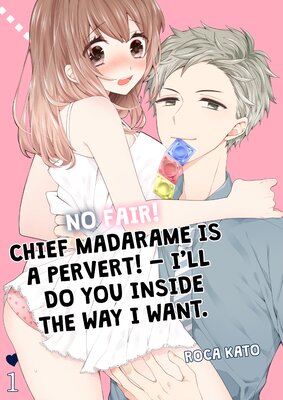 No Fair! Chief Madarame Is A Pervert! (Current ch. 5)

"If you can get me excited, then I'll give you a reward." I can't believe this... I'm having sex with my favorite chief! En, an office worker with almost no experience in love relationships, has a crush on the chief of the sales development department, Madarame. One day, En goes out for a drink with chief and ends up getting drunk after getting too excited. The chief takes care of the drunk En, but then she gets caught in the heat of the moment and takes him to a love hotel...!? "I may not be the man you think I am..." The nice and gentle chief slowly caresses his long fingers over her body... I can't hold it in anymore! If he goes any deeper inside of me... I'm going to lose my mind! 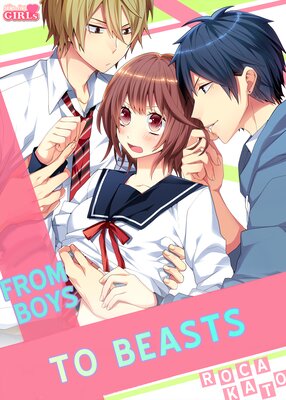 "We've always loved you... that's why nobody else can have you!"

My two childhood friends, Toma and Akihito, have been always been there for me. Since I'm older, I've always had to look out for them, but before I knew it, Toma has become an honors student, while the usually blunt Akihito has grown up to become a kind young man. Though it makes me feel a little lonely, I've finally found somebody I like. Maybe I can grow up a little too!

...At least, that's what I thought until those two started meddling in my affairs! With an "oh, you thought of us as younger brothers? Well, we ain't holding back anymore!", the pair of them suddenly change into wild beasts!!

Pinning me down, they both kiss me all over, and caress me deeply... I had no idea they were like this...!! 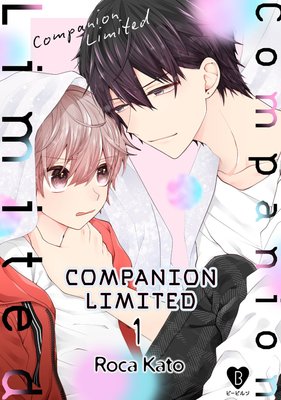 "If you can't change my mind in three months... die with me."

Saku, a college student, hears news that the orphanage he grew up in going out of operation. He goes to the president of the company purchasing the orphanage to negotiate with him directly. The president agrees to rethink the deal under one condition... that being "meet my son and change his mind"!? Leo, his son, is smart and handsome but has a pretty troubled personality... Saku is instantly picked on and rough-handled... Where will this life-risking (?) negotiation between the worst opponent imaginable go? 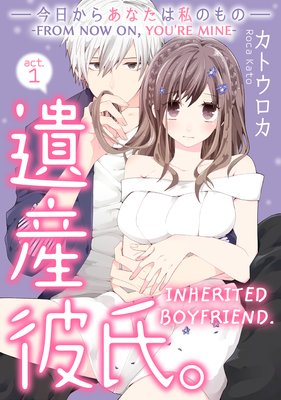 Inherited Boyfriend. -From Now On, You're Mine- [Total ch. 11] Completed

"In accordance with Lady Murasaki Sakurada's will, her fortune and myself belong to you now." A man saves Ritsu from being hit by a car. He's beautiful, with hair as white as snow, but he's claiming that he belongs to her now! The man, Ren, blithely explains that he's come to the orphaned Ritsu in accordance with the will left behind by Ritsu's great-grandmother. Ritsu is shocked and confused, but the man seems nice enough... And his fingers and gaze seem to seek her almost madly... His You-Know-What Is Way Too Hard!

Mei isn't a big fan of Nanato Kiryuu, the hottest guy in school. Despite his nice guy persona, she's caught him fooling around with several different girls after class! One day, she sees him sleeping in the nurse's office and discovers a huge secret. When she tries to flee in a panic, he admits the real reason behind his actions! He says she can't tell anyone, but... what's a girl to do!? 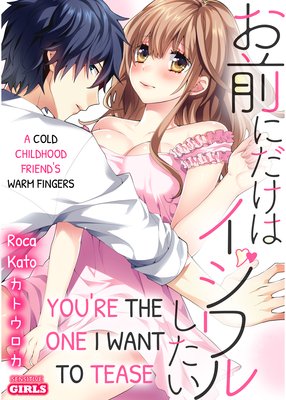 You're the One I Want to Tease -A Cold Childhood Friend's Warm Fingers- [Total ch. 4] Completed

My neighbor Yu is blunt and distant, and although I've been in love with him for ages, he always casually brushes me aside. One day, though, we end up alone in the dark together. As I grab his arm, my heart pounding, he suddenly kisses me...! He says, "You know, you're the only one I tease." ...Yu, that's no fair...!