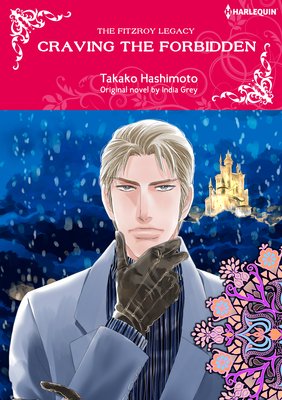 Craving the Forbidden The Fitzroy Legacy I

Sophie is an actress whose best friend, Jasper, wants her to pretend to be his girlfriend to hide the fact he's gay. So, wearing a provocative outfit, she hurriedly hops on the train to get to Jasper's father's birthday. The attractive, sophisticated man sitting in front of her on the strain gives her a look of blatant contempt. The two happen to get off at the same station and, it turns out, are heading to the same destination. He's Jasper's brother! Believing that Sophie is only with his brother for his money and title, he decides to set a trap to reveal her true motive! In Bed with a Stranger The Fitzroy Legacy II

After unraveling a layer of misunderstandings, Sophie and Kit are now together. But when Kit comes back home from a long deployment, Sophie notices something off about him, even though their lovemaking is as passionate as ever. Still, she's elated when he asks her to marry him and visit his mother with him. What Sophie still doesn't know is that Kit has been hiding something big from her...