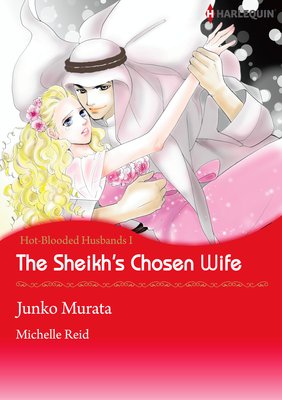 It was Leona's husband,Sheikh Hassan,a well-built man with a kaffiyeh on his head,who held her tight,disregarding her telling him,"Our marriage is over! Let me go!" I chose to leave him,because I can't produce an heir,but his touch brings out the helpless attraction I feel toward him. The palace wouldn't approve of us. What should I do? (Hot-Blooded Husbands Series 1 The Sheikh's Chosen Wife) A lay nun's sweet yet bitter romance,The Frenchman's Bride,also included. 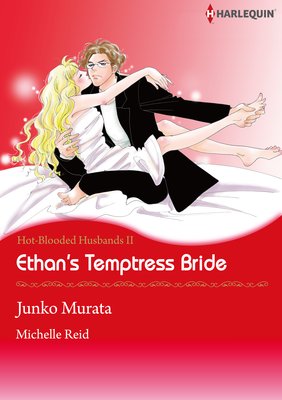 Ethan is on vacation at a resort in the Caribbean after having a bad time all because of a rumor that intimated his involvement with the sheikh's wife. It is there that he meets Eve,a beautiful and rich Greek woman with irresistibly attractive eyes. Ethan wants to avoid getting into trouble with women and tries to stay away from Eve. But one night while he's sleeping in his room,he hears someone scream at the beach house. He rushes over and finds Eve shaking,half-naked! 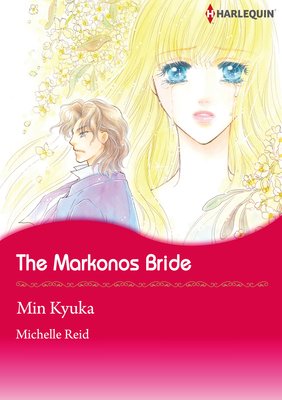 Louisa comes to this beautiful Greek island to visit the grave of her son. On the summer of her seventeenth year,she'd been there as a tourist,where she fell in love with rich and powerful noble Andreas,conceived his child and then married him. But their marriage ended abruptly after only two years with the death of their son. Now,Louisa shakes off the bad memories and steps off the ferry onto the island,only to be shocked: Why is Andreas here,when she was told he would be away? She hasn't spoken to her husband even once in five years,and she finds a maddening mixture of hatred and love for him stirring in her heart. 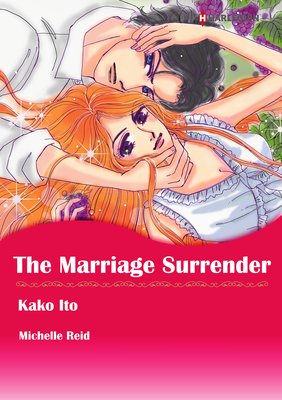 Xandro is the CEO of an Italian bank, and Joanna, a waitress. They fell in love, but at the peak of their happiness, because of her, their marriage suddenly turned into a living hell. Even though she loved her husband deeply, she couldn't let him touch her, no matter what. Before he could find out the reason why, Joanna decided it would be better to end the marriage, and took off. However, after their first meeting in over three years, the daunting secret that tore their marriage apart finally comes to light... 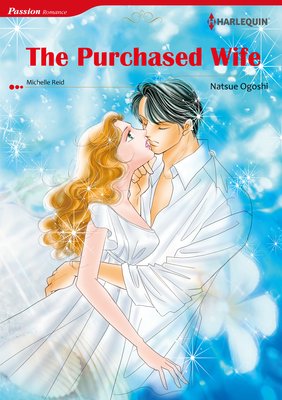 Mere days before the ceremony, Nell finds out a cruel truth: her marriage is based on a contract. Her husband, a Greek business tycoon ten years her senior, purchased a virgin wife for fifty million dollars. One year later, Nell awakens in a hospital bed after a car crash only to find her husband, Xander Pascalis, there to greet her. After rejecting her on their first night together, the two have always lived apart. However, on this day, Nell sees nothing but anger on his face. "So, has your lover already tasted your forbidden fruit, when I've yet so much as laid eyes on it?" 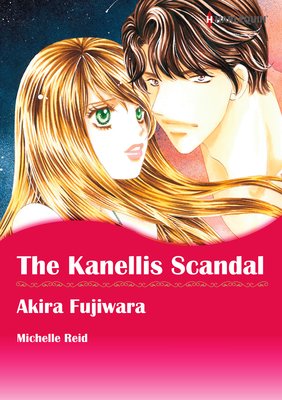 After losing both her parents in a terrible car accident, Zoey is suddenly slated to inherit Greek billionaire Theo Kannelis's fortune. Swamped by the press, she is unable to even leave her own house. In the midst of the media circus, she is visited by Theo's protege, a businessman named Anton. Having gained a reputation as a playboy through his numerous flings with beautiful women, he appears to be next in line to inherit the elderly Theo's international corporation. He tells Zoey, "I'll take you away to someplace safe, where they can't find you," but it must be a trap! Several hours later, after being misled by Anton, she finds herself being spirited away to Greece! 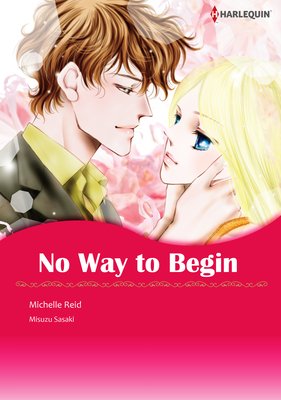 No Way to Begin

Nina has infiltrated the home of investor Anton Lakitos, seeking to stop his plans of taking over her father's company. She waits for him in secret, and Anton, drunk from the night's festivities, drags her into his very own bed! As Nina feels his hot hands caress her, she becomes captive to sensations she's never experienced. "But I have a fiance!" As Anton shakes off the veil of alcohol and realizes who his partner is, ignoring her distress, he lays down an even more fiendish demand. "The reason I financed your father was because I wanted you. If I can't have my money returned, then I will marry you instead." 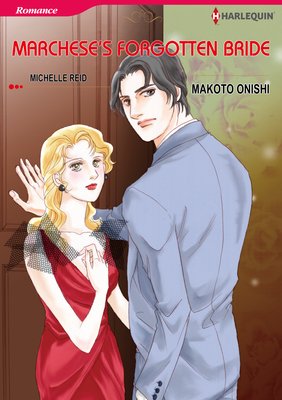 Kathy met handsome Italian Sandro when she was 22. He succeeded in passionately encouraging the naturally shy Kathy to sleep with him. That one sultry night, when they each abandoned their inhibitions, ended up in Kathy becoming pregnant. When she told Sandro about it, all she got was his cold, irresponsible reply. Fast-forward six years: an unexpected encounter with Sandro at a party unsettles Kathy, especially when he invites her to sleep with him again as if nothing had ever happened! Once his warm hands touch hers, though, she repeats the same mistake as if put under a spell... 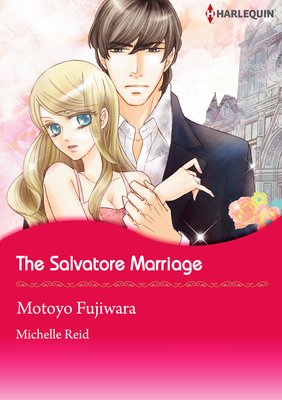 Shannon's sister, Keira, is critically injured in a car accident, the same one that killed Keira's husband, Angelo. It's Luca, Angelo's brother-and Shannon's ex-who delivers the tragic news to her in London. "Are we alone?" he asks, barging into her home and searching through it. Shannon shakes with anger, realizing that he must be looking for a man. They'd been in love two years ago, until Luca accused Shannon of cheating while he was away and broke up with her without even letting her explain. Who would have thought she'd meet him again, and like this, of all the ways? 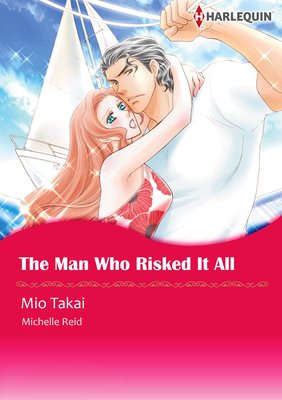 The Man Who Risked It All

Lexi is shocked by the accident she sees on TV. It shows a speed-racing boat tumble through the air. It is the boat of Franco, her soon-to-be ex-husband, whom she'd been living separately from. When she arrives at the hospital the sight of him, covered in tubes and wires while connected to numerous medical equipment sends chills down her spine. It is almost too painful to gaze upon the figure of her husband, who she'd just sent the divorce papers to... She is overwhelmed and confused; she feels both love and hate for this man. She had made this trip solely to talk to him, verify he was okay and offer condolences for their lost friend. However, she's suddenly thrown into a whirlwind of situations, all of which make her love for him grow stronger and stronger. She thinks to herself, Why now? I thought we loved each other truly, but then I saw that picture of you in bed with another woman! Our relationship was supposed to be over then, wasn't it...? 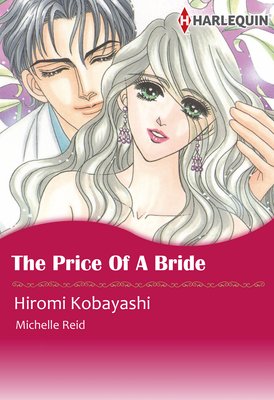 The Price of a Bride

Mia, the daughter of a wealthy family, has just become the pawn in a cruel transaction. Due to the death of her older brother, her father now has no male heir. To remedy the situation, he promises his daughter's hand in marriage to a businessman named Alexander. However, this is not just an engagement, it's also a business deal. The purpose of this marriage is for a male heir. If one is born, then Alexander must deliver the boy to Mia's father, and in exchange Alexander will receive an entire island in the Aegean Sea. This arrangement that so resembles slavery makes Alexander angry, and the fact that Mia does exactly as her father says has him looking on both her and her father with disgust. Mia, however despicable the situation, complies with her father's wishes... 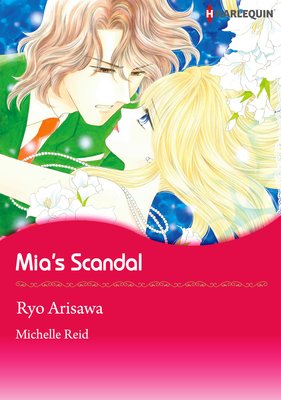 When Mia turns twenty, she is told by her aunt that her real father is Oscar Balfour, the English billionaire. The people of the upper class are unfriendly to Mia when she moves in with the Balfours. Her father, concerned about her future, picks a wealthy Greek man, Nikos, to be her instructor. After enduring vicious abuse from him, Mia's temper finally explodes - only to find Nikos suddenly grabbing her by the neck, drawing her so close she can feel his breath, and piercing her with a heated, suggestive gaze... A Question of Pride

During the day, 20-year-old Clea is the boss's secretary. By night, she's Max's lover. She's been playing at being a cool customer to suit his freewheeling ways, but that's all over now that she's pregnant! Clea decides to break off the relationship so that he doesn't come to resent her for tying him down. However, once he finds out about the pregnancy he proposes right away!