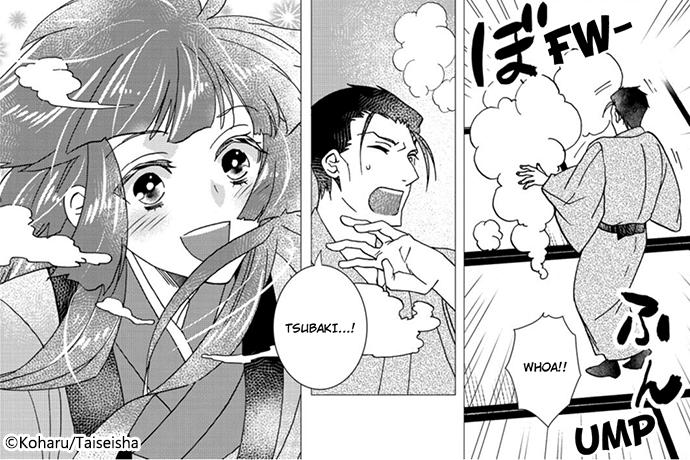 Masanari doesn't seem to have much luck with the ladies. It's not that they don't like him. He's just too scared to do anything in the bedroom for fear he'd scare them away. Then, one day, Tsubaki, the hotel pixie decides to help him out... 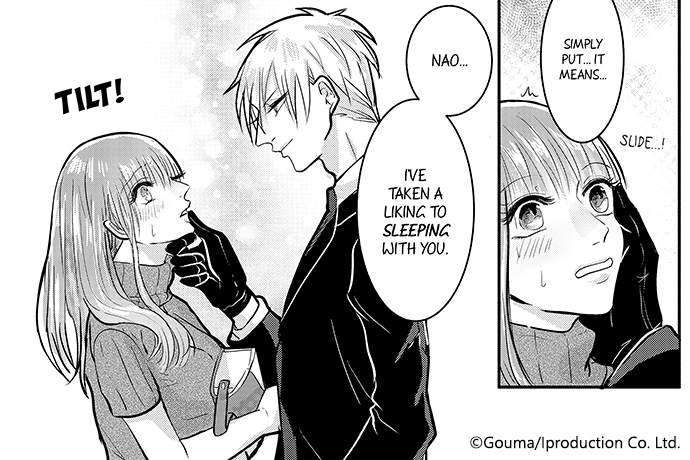 Falling Fast! -Every Night the Sandman Comes to Take Me (In A Dirty Way)-

Nao has trouble sleeping. As she lies awake reading manga, she's unexpectedly visited by a gorgeous guy claiming to be the Sandman. He knows just how to tire her out... 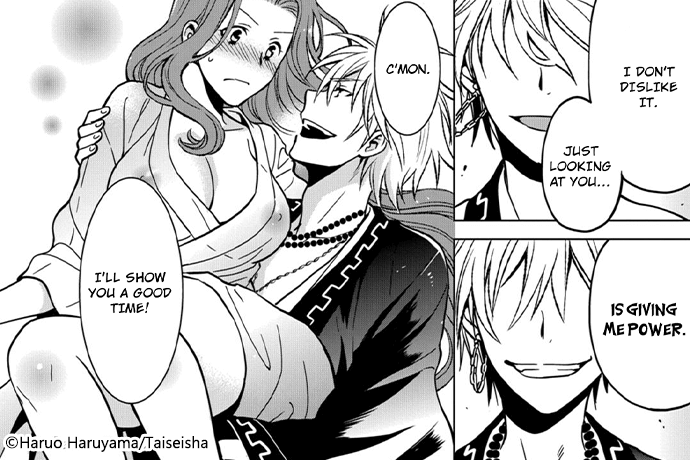 At the Mercy of the Great King Enma

Yoshino, a young monk, died and went to an otherworldly place. Much to her surprise, she's appointed to be the Great King Enma's lady-in-waiting! She's at the mercy of this selfish king, but intrigued by his past... 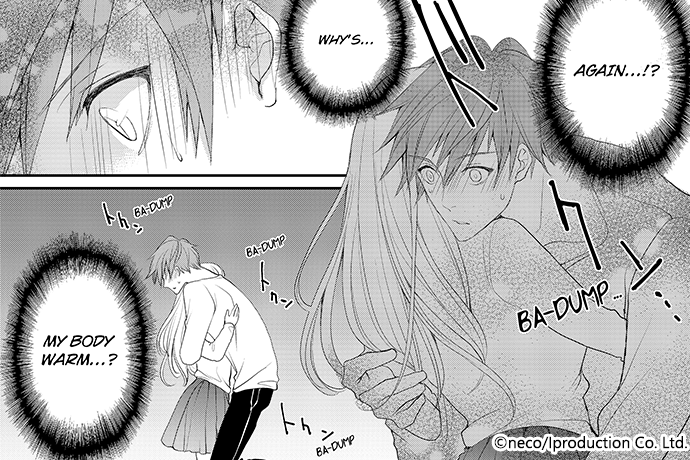 My Boyfriend's a Love-Zombie -The Pleasure Won't Stop!-

In a weak attempt to forget her older ex, Yuri heads to a party. After leaving, she's hit on by some obnoxious men who won't leave her alone. Just then, she's saved by a hot guy... 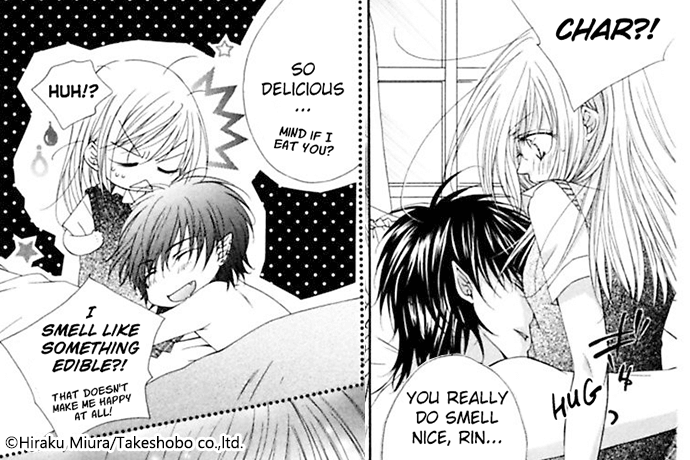 Char's the demon king of another world called Avalon, and Rin Hashiba, a girl who lives at a shrine, has fallen in love with him. They are connected by body and mind through their love, but... 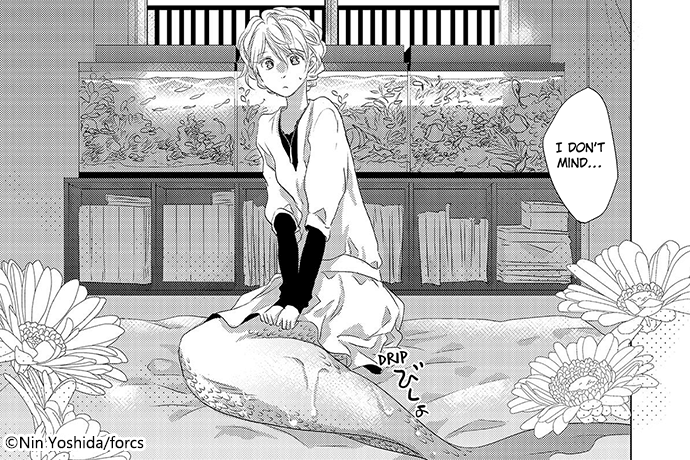 Goodbye Mermaid Princess: Wet for You

Miumi Fukaya has a crush on her deliveryman, Junta Togawa. One day, when she collapses, Junta comes to the rescue like a knight in shining armor. 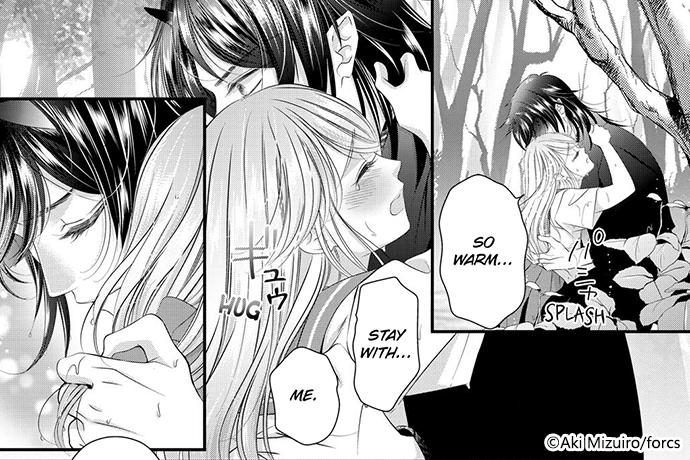 Entwined at Twilight with a Demon -Again... And Again... He Can't Be Stopped!-

You can feel it, right? It's spreading through your body every time I thrust into you. Why does he look exactly like he did several years ago? For a photo shoot, Arisa has come deep into the forest. To this place where she was saved by a certain man a long time ago... 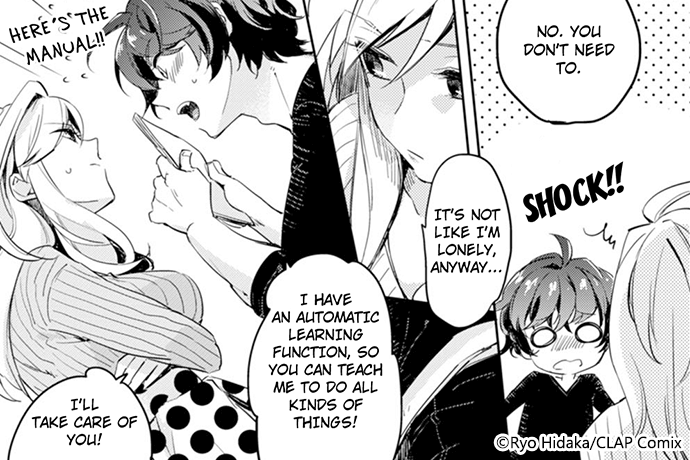 Do Androids Dream of Love?

I'll do anything for you, Riko. Riko's late father left her a parting gift: a robot in the shape of a human male! It seems the robot also has a secret function... 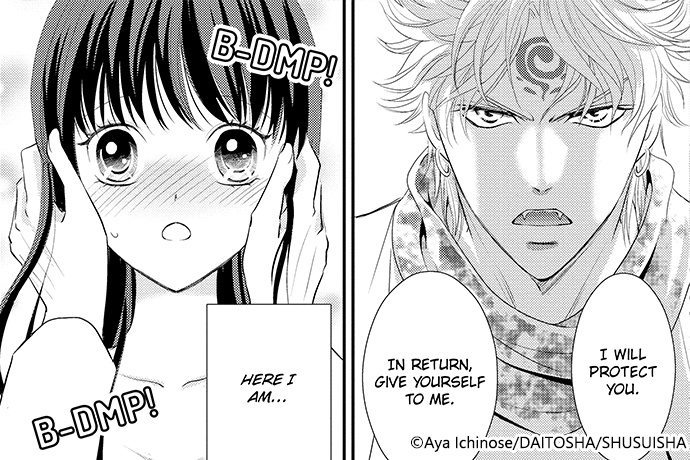 The Dog Spirit and the Shrine Maiden

Give yourself to me, and I will protect you. I've been plagued by misfortune since childhood, but if I give the Inugami my first time, I can finally avert a disaster...? 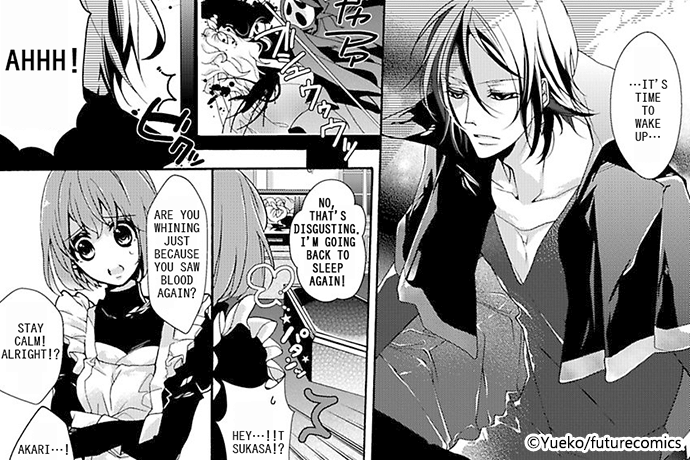 Vampire in Love: -Sadistic Sex, Even a Virgin Would Come-

Tsukasa is a nice, good-looking guy, but he's actually a vampire. However, he's afraid of blood, and causes Akari all kinds of problems. 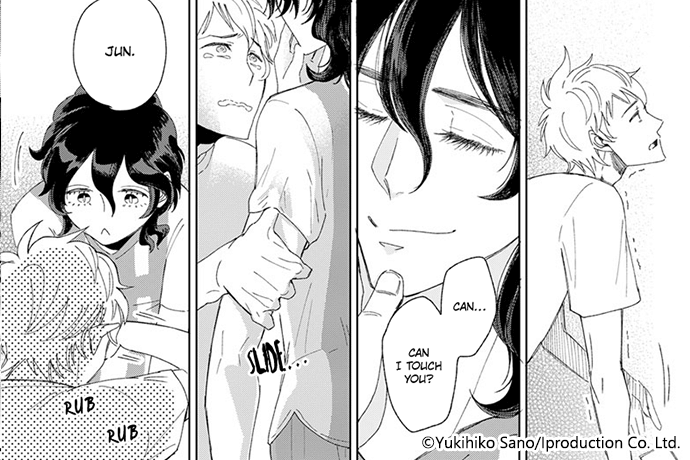 Yoshino, a young monk, died and went to an otherworldly place. Much to her surprise, she's appointed to be the Great King Enma's lady-in-waiting! She's at the mercy of this selfish king, but intrigued by his past... 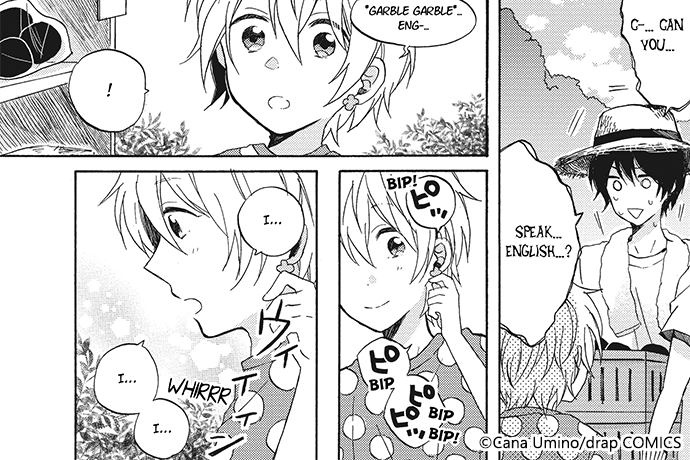 I Love You the Most in the Entire Universe [Plus Renta!-Only Bonus]

Minoru encounters an alien from a faraway planet who's come to Earth to look for a bride... and who takes to Minoru immediately! Poor Minoru has trouble saying no to his not-too-subtle advances... 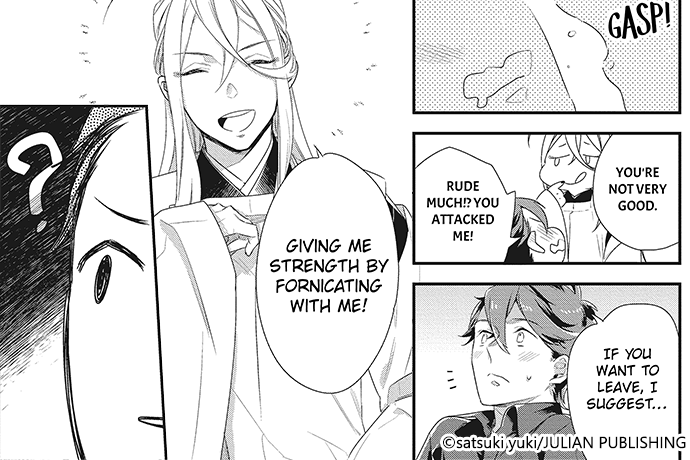 He can't return to the mortal world unless he follows the god's demands to fornicate! ... A room you can only get out of if you make passionate love!? 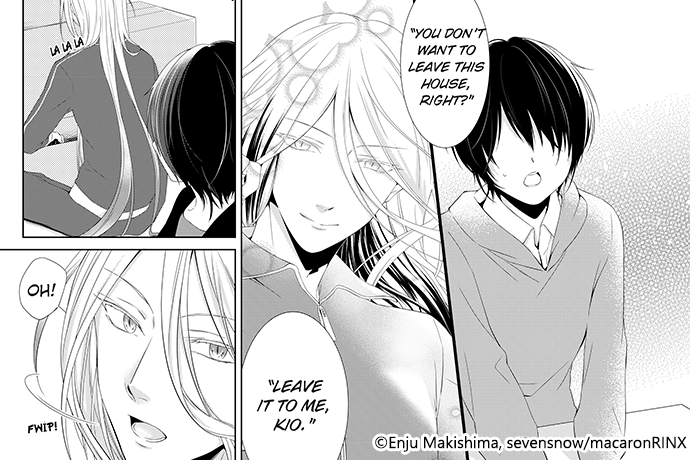 Nocturnal Procession of the Hundred Specters

Kio doesn't want to leave his home, but as an orphan, he has little choice. That's when he meets Anraku, a house-lizard god who transforms into a handsome (but naked) man! 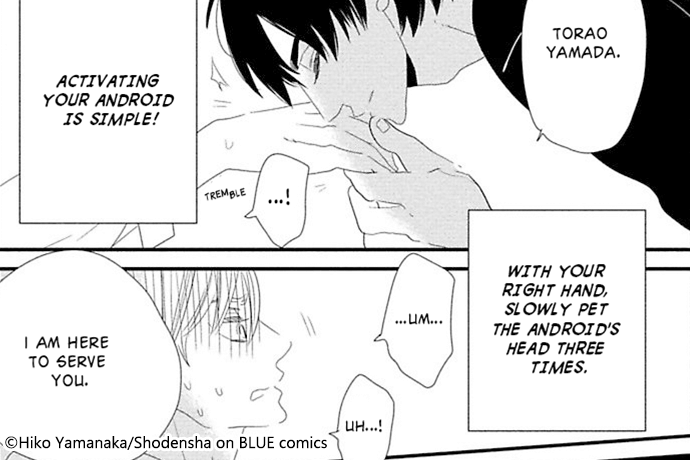 His Romance of 500 Years

Torao Yamada commits suicide after learning his lover passed away. However, he wakes up in the future and learns he was cryogenically frozen for 250 years. The android that takes care of him is nice, but... 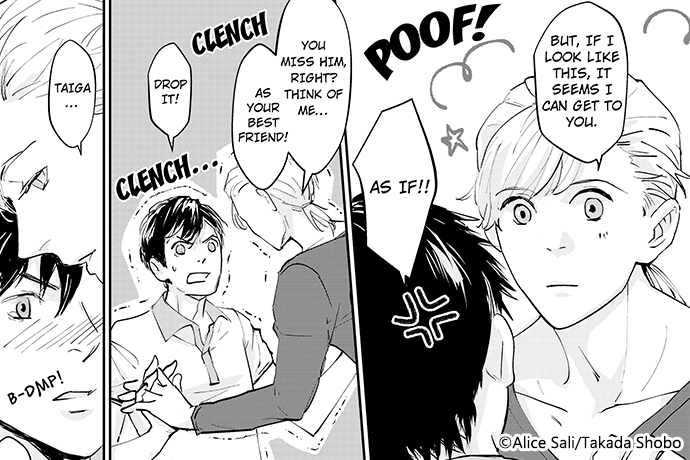 Taiga Hoshino's everyday life makes a 180 when he gets abducted by an alien! This is a cosmic love story between an earnest guy and an alien with a rotten personality! 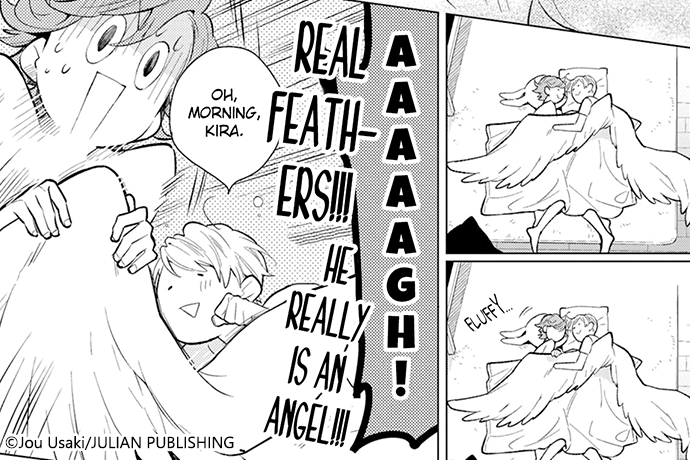 The Essence of Love

Kira Kira has always been ridiculed for his name and taken advantage of. He doesn't mind using his parents' money to splurge on his "friends" 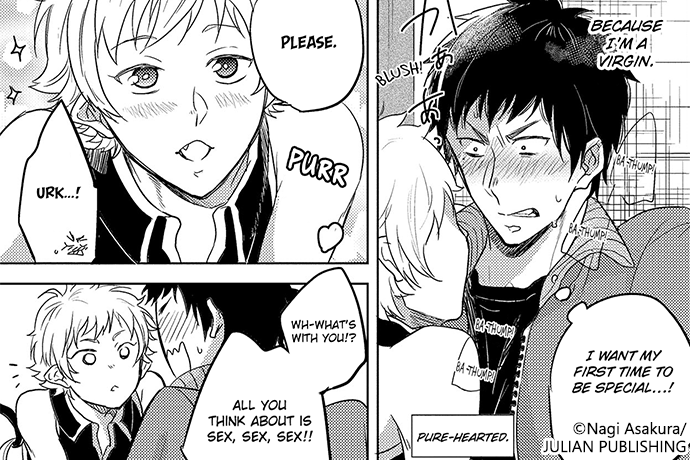 A Feast for an Incubus

Nao Okada awakes to a loud thud coming from his balcony. When he steps out, he finds Aim, an incubus who decides to make him his partner. 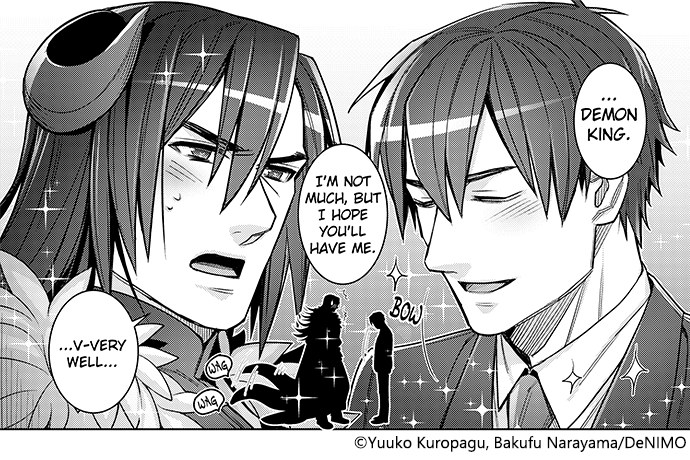 Thanks to an intervention by the god of creation, the protagonist is reincarnated as-is in another world. When he awakens, he's on the bed of the demon king!! And what the heck is an evil god!?

Prefer them fluffy? Then check this out!