The Mascot is the Goddess of Victory

Yuji Adachi plays Kuro, a professional baseball team's mascot. It's a tough job, but he does his best because his favorite player and childhood hero, Shinichi Terashima, is on the team!! Even now that he's grown up, Yuji's feelings of adoration and admiration haven't changed... He's happy just to work alongside said star, but one day after a game, Shinichi calls out to Yuji while he's in his Kuro costume...! The always cool and quiet Shinichi just can't stay calm around Kuro. Then, without knowing that it's actually Yuji, Shinichi asks Kuro to touch him...! Yuji can't hold back his excitement at discovering a new side to Shinichi and starts a relationship with him... as Kuro...!

The Mascot is the Goddess of Victory (1)

Yuji is a professional mascot for a baseball team, and he's secretly in love with one of the players, Shinichi. But, Shinichi has a secret of his own, and it involves Yuji in his mascot suit![29pages]
Pages: 29
Rent (48hrs) : $1.00 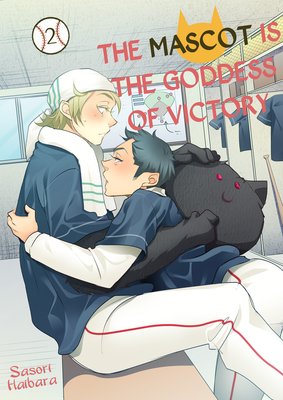 The Mascot is the Goddess of Victory (2) 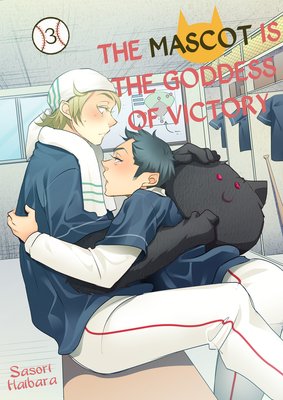 The Mascot is the Goddess of Victory (3) 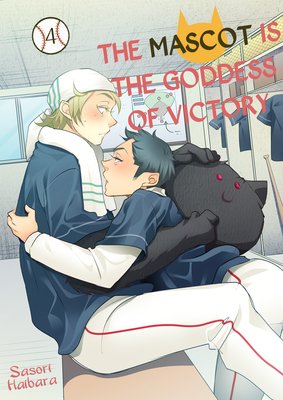 The Mascot is the Goddess of Victory (4)

Shinichi's performance on the baseball field hasn't been great lately, so he makes a drastic decision about his relationship with Yuji![29pages]
Pages: 29
Rent (48hrs) : $1.00 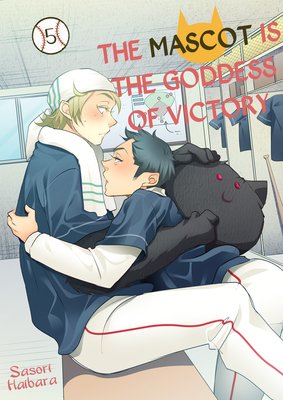 The Mascot is the Goddess of Victory (5)

GrimLuciel
January 12, 2019 (JST)
9 Helpful
VIEW LESS
4 9 GrimLuciel I feel like this is my personal duty to inform you that yes, they do sexy times while in the mascot suit. If you're into that, totally go for this. Not my cup of tea but the art was cute! 7087 January 12, 2019
5 2 fandomnightmare How has no one mentioned the incredibly hot ahegao-like faces in this!? The art style reminds me of Ikegami Shougo a little, the bottom's face alone is fan-me-worthy. Yes, they do do it in the mascot costume twice (someone should really tell that bottom about furries), but after that, the rest of the sex is just two hot guys absolutely going to town on each other. There's a bit of frotting, some really hot desperation and neediness... I love how sincere the top is and how absolutely thirsty the bottom is. The baseball setting is a nice touch too, this story has a very enjoyable manly vibe due to it. I don't usually get turned on by BL but I feel like this awoke something in me. It's those facial expressions, I know it is. 21168 August 16, 2020
4 2 neko The art style attracted me and the cute ridiculousness of the premise. XD Overall an enjoyable read with adorkable characters and pretty hot scenes. I do wish some bits were built up more or read longer. I hope they also develop the stories of the side characters as well. The newer bits seem a bit rushed so i hope there will be more build up next time. 9527 May 23, 2019
4 2 Nopeachesforme The art is good, the editing is great, and the story is hot with some really cute moments! The design of the mascot suit itself is pretty basic, so if that matters to you, you might be disappointed. Overall, a good purchase! 7888 March 17, 2019
5 1 Reader1234 Super cute!! I hope there are other stories with the other couples! 21176 August 17, 2020
5 1 syntaxerror It's one of those quirky strange BLs 15802 February 03, 2020
5 0 Leatrixrmf I love sports manga so was not disappointed when I picked this one up. The main characters are sweet (and seem to be into furries) but its got a nice vibe without overally weird or strange. Its got a HEA which is always a winner with me. If you enjoy baseball and your BL - this is a definite one to buy. 28088 January 02, 2022