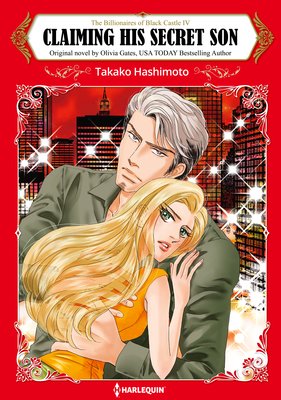 Add to Cart Check Out

hope2009
May 05, 2019 (JST)
1 Helpful
VIEW LESS
2 1 hope2009 There was no development for story, it felt bland. It's ok but not worth the points. 9147 May 05, 2019
5 0 NMAT64 I know the reasons other didn't give it a good review. I do understand and they are right about the story is too fast and on in depth review or more of a background. But I did like this whole series of the 4 friends who were brought together in a bad situation. I just wish there would be a 5th story of the "Doc" How he met the 4 men, and how he helps them and maybe a women who would come into his life? 16669 March 06, 2020
4 0 kali86 Very good line art 11553 August 19, 2019
4 0 AinoKusabi Claiming His Secret Son is an all right story, but it felt extremely rushed; too much information is jammed packed in so few pages, and this is thanks to a considerable amount of backstory between the two main characters. The overall story is interesting, but it definitely could've been executed better which would've led to increased character development and a plot with more substance, something I could've sunk my teeth in to. The art is simplistic but quite pretty. 10655 July 10, 2019