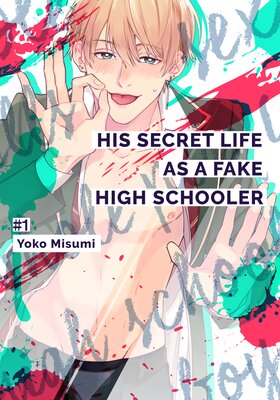 His Secret Life as a Fake High Schooler

Don't make me take my uniform off...! Haru's number one at the place where he works at. They offer carnal services from "high school boys." Despite his cute looks, when he's behind the tinted mirror, he lets his pink tongue glide over the glass, plays with himself, and uses his hand to pleasure himself while seducing his customers on the other side. For Haru, this is the job he was born to do. He's legally an adult, but he wants to be loved as a high school boy... One day, Takashiro comes to him as a new customer. Takashiro is handsome, good at his work, and popular with both men and women. He's the "perfect" guy that everyone wants to be. Except he has a secret. He can only get excited with high school boys. A love story about Takashiro's obsession with high school boys, and their complicated pasts...

What did you think of this comic? Help other users by tagging it!
Hot/Steamy (3) Consensual (3) Stunning Art (2) Heavy/Deep (1)
SHARE YOUR VIBES
Please note: You must be signed in to leave your Vibes.
Sign in
Go to Ch.1 Add to Wishlist

His Secret Life as a Fake High Schooler (1)

Even though he's legally an adult, Haru wears a high school uniform and services men. One day he meets a man who can only get excited with high school boys...[30pages]
Pages: 30
Rent (48hrs) : $1.00 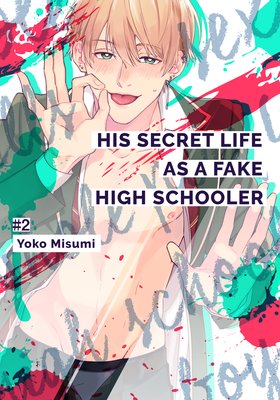 His Secret Life as a Fake High Schooler (2)

Haru still has a grudge against Mr. Takashiro for leaving him before their time was up. Haru swears that next time Mr. Takashiro comes to visit him, he'll get Mr. Takashiro to become infatuated with him, but things don't go as planned...[30pages]
Pages: 30
Rent (48hrs) : $1.00

His Secret Life as a Fake High Schooler (3) 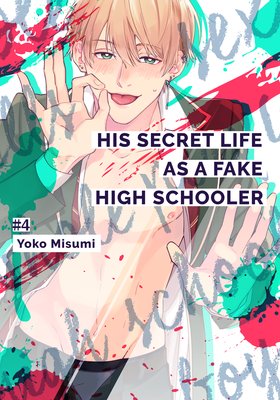 His Secret Life as a Fake High Schooler (4)

Haru's only wish is to be loved. He's hoping Kyohei Takashiro is the one who'll fill the hole in his heart. Haru notices his feelings for Kyohei keep him from concentrating on his other customers, which puts him in grave danger...[34pages]
Pages: 34
Rent (48hrs) : $1.00 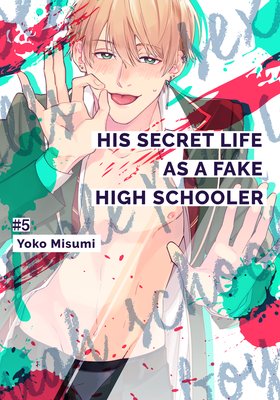 His Secret Life as a Fake High Schooler (5)

After the terrifying incident with Mr. Kimoto, Haru feels lost and depressed after realizing the love he had felt was fake. Kyohei Takashiro believes he's the only who can save Haru and decides to change Haru's life.[38pages]
Pages: 38
Rent (48hrs) : $1.50

dirtyangeltoes
October 30, 2020 (JST)
10 Helpful
VIEW LESS
5 10 dirtyangeltoes Well, damn! I was expecting kinky due to the tags, but this seriously went above and beyond those expectations. I rarely see the red light district shown so realistically in manga, much less yaoi, so this is an absolute kinky treat. If you're into voyeurism and S&M tendencies, you'll love this. The MC is a well-respected business man with a hidden fetish involving high school boys and sadism... and that's all you really need to know. The art work is absolutely gorgeous as well, which brings it all together into a perfect start.I can't wait to see more chapters and witness how the two MCs relationship will develop under such unique circumstances. Ugh, I love it!! 22464 October 30, 2020
5 2 Cygnus So far so good for 1st chapter as in description. Interesting characters personality and concept. I can definitely keep reading this to see how these two will develop their relationship with each other. I love the art and damn spicy hot too! 22549 November 04, 2020
5 2 Ren4Liz28 Volume 1 and I am hooked! That seme is GORGEOUS and the uke's personality so far is funny/cute! I am literally on edge waiting for more!!! 22517 November 02, 2020
5 2 hanandduke Ohh ohhh I like!! LOL 22455 October 30, 2020
4 1 Mrsmangame123 Had no idea what to expect but it was a really good emotional journey. Both Kyohei and Haru had hang ups of rejection that determined the choices they were making. Their trauma was realistic but how they healed was purely for entertaining value. Both needed therapy lol!!!! It's touching but seems shallow even though they get their HEA. It wasn't my favorite but it still was pretty good. 29153 April 07, 2022
5 0 baristachan Smutty? Cute? Wholesome? Somehow this is all of those things, though it might not seem it just from the description. Really really enjoyed this one. 27649 November 22, 2021