When Ellie's delivery truck crashes, she is surprised that a handsome businessman offers to help her out. Normally, she is happy to reject any man's advances, choosing to focus on developing her family's wine brand instead. But something about this man enchants her. After he helps her, she expects to never see him again. That is, until he shows up later on her property, offering to buy out her family's precious vineyard!

A Kiss For Mr. Scrooge

Dawn, a veterinarian, always tries to keep busy when Christmas comes around. If she doesn't, she'll remember the terrible breakup she experienced eight years earlier. When she learns that a new owner has moved into the largest mansion in town, she's ecstatic. Now she'll be able to secure an event space for the party she's throwing for the less fortunate. However, she freezes when she sees the mansion's new owner. It's Ben, the millionaire who abandoned her! And he's changed so much that he seems like a different man...

Lissa is working the cloakroom at a party when she bumps into Kurt Callahan, someone she never thought she'd see again. He's still as charming as ever, and now he's become a very successful businessman. He asks Lissa for her phone number, seemingly forgetting they've met before. Lissa, however, hasn't forgotten about Kurt sleeping with her just to win a bet. This time, it's his turn to get a taste of humiliation!

Goodbye, See Ya [Plus Digital-Only Bonus]

He was all alone, until he found his savior...

Rei has eternal life by feeding on the energy of other beings. He's not human and the only way for him to become mortal is to find his "soulmate"... As all of his fellow beings find their partners and die along with them, he's been alone now for hundreds of years without ever finding his soulmate. But, when he meets the wealthy and carefree Yuto, Rei begins to feel something that he's never felt before... 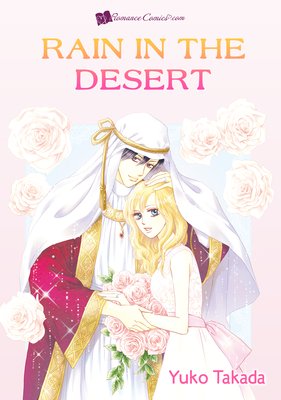 Rain in the Desert

Rain was abandoned at birth, but now an adult, runs her own business redesigning old dresses into new fashion. One day, she receives a request from a desert prince named Sheikh Zaeed to remake a dress for his sister's wedding. After telling her that "Price is no object," he whisks her away to his fabulous desert palace. However, after a run-in with the authorities she finds herself a prisoner in the palace! Although she can't stand how arrogant the Sheikh acts to her, she sees within his jet-black eyes a glimmer of hidden loneliness, and is inexplicably drawn in to him... 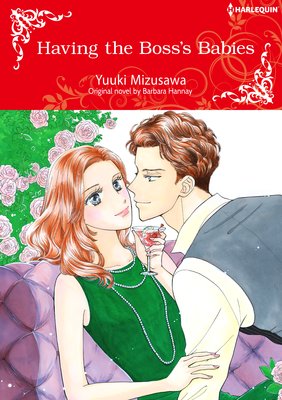 Having The Boss's Babies

A strange man comes up to Alice as she's drinking alone at a bar. His intense stare stirs something within her. It's her birthday?why can't she spend a night of fun with a handsome stranger? The next morning, though, she is shocked to learn that this man, Liam, is actually her new boss! 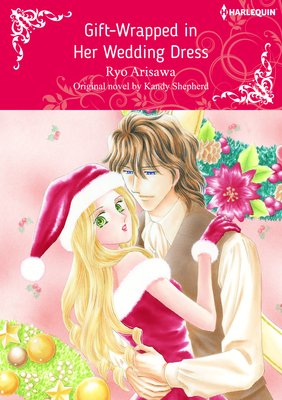 Gift-Wrapped In Her Wedding Dress

Andrea is hired by Dominic to throw a charity party to help rebuild his damaged image. Dominic has already fired three planners, so Andrea has to work hard to convince him of her ideas. Little does she know that Dominic wants to hire her to be more than just his party planner... He also wants her to act as his fiancee!

A Di Sione For The Greek's Pleasure

To find peace after a traumatic event, Talia's been living a quiet and secluded life. But at her grandfather's request, she gathers her courage and travels to Greece to acquire a precious book from his youth. There she meets the book's owner, Angelos, who, through a mix-up, hires her to be his daughter's nanny. Talia's drawn to Angelos, but when he questions why she's really there, she finds herself torn... 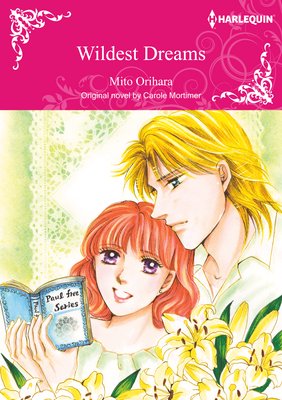 Merlin becomes popular after writing a series featuring a handsome young man named Paul Free. Arabella is in charge of editing the series, but she can only contact the reclusive Merlin by mail. However, upon hearing that Merlin plans to end the series, Arabella goes to his home to convince him otherwise. When she sees him for the first time, she's shocked that Merlin is an attractive young man just like the character from his books. Arabella tries to persuade him not to end the series but is soon distracted by her growing attraction to him! 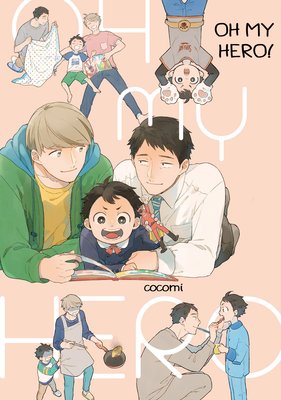 Oh My Hero! [Plus Bonus Page and Digital-Only Bonus]

Chihiro works as a hero at a hero show and noticed a father and son pair, Minoru and Hikaru, who came to see his show. After getting to know them, they become friends, and Chihiro starts visiting them at their house.

Chihiro starts to develop feelings toward Minoru and notices how his heart skips a beat seeing Minoru in sweats. He notices Minoru still wears his wedding ring and isn't sure how to feel... Minoru is oblivious to Chihiro's feelings and after Chihiro spills paint on himself, he tries to change Minoru's clothes like he would his own son's...

Chihiro's not sure he can hold himself back around the clueless Minoru... 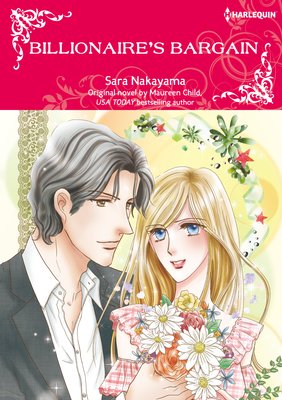 It's been two years since Sienna divorced her cheating husband, Devon. His older brother, Adam, suddenly pays a visit to her. She always found it difficult to deal with him, yet her body sizzles when he is around. But Adam has perplexing news for her. Devon, who died six months ago, had a baby with a woman who then sold the baby to Adam! He pleads with Sienna to stay with him for two weeks to help care for the baby, and she finds she can't refuse the offer he makes her... 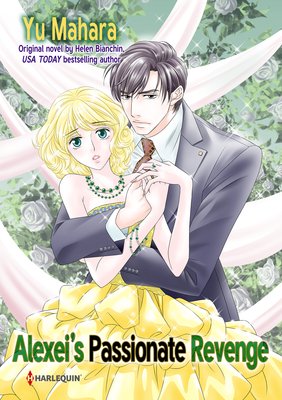 Natalya attends an interview to work at her father's former company. She's shocked to see who the new CEO is: Alexei, the man who cruelly dumped her five years ago. She'd never work for him, except he has sensitive information about her father and is threatening to release it. Natalya has no choice but to go along with the demands of the man she once loved. 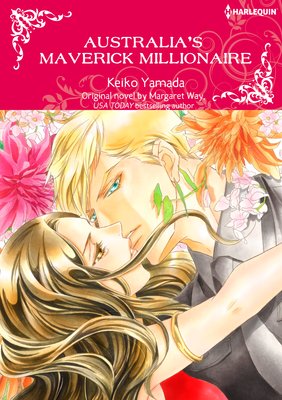 Their backgrounds couldn't be more different, but Clio has been smitten with Josh ever since he saved her little sister from drowning decades ago. And though Josh had always been written off as a bad seed, he's now a successful businessman and popular playboy. There's a darkness he can't shake that keeps him from opening up to her, but Clio refuses to give up on him. Will her love be able to reach him? 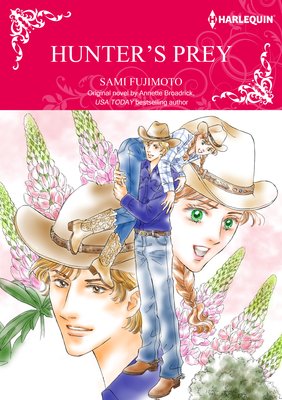 Kristi, a popular model in New York, has come back to her hometown in Texas for the first time in five years. She is determined to end things with her husband once and for all. Kristi was always convinced that she'd failed as a wife and that leaving was the right choice. Now, as she finally sees Jason again, his smile causes butterflies to flutter in her stomach. Kristi tries desperately to control her emotions, but Jason doesn't even seem to recognize her! 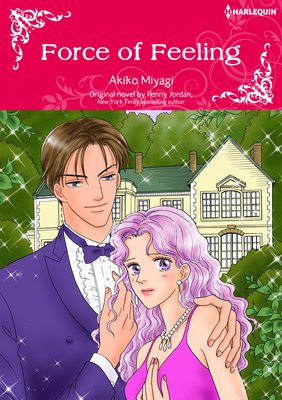 Campion has a new editor, Guy, for her latest novel. He's extremely harsh in his criticism and wants her to change the manuscript extensively. Needing space from Guy's overly critical attitude, Campion retreats to a friend's cottage in the country to focus on her writing. She is shocked, however, to see Guy waiting for her when she arrives! 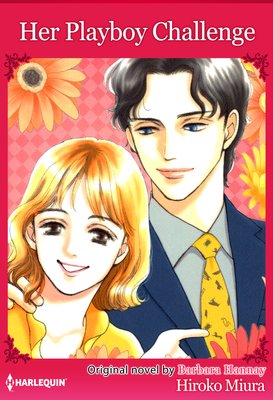 Jen, saddled by low self-esteem and a hectic schedule, finds her hands full when a handsome stranger unexpectedly arrives to drop off her niece. His name is Harry, and there's a scent of danger coming from him. However, he offers to help her look after her niece and Jen finds herself drawn to him. Later, when Jen is hosting a book signing event, Harry surprisingly shows up. Who is he, really? Arden feels faint when she's introduced to Sheikh Idris, a man with a perfect face, luscious lips and brown eyes that hint of contempt. He was Shakil, the man she had fallen in love with during a trip four years ago. After a week in paradise, Shakil failed to show up in Paris, where they had promised to meet. She understood then that he hadn't been serious about her. But despite the vivid pain she still feels, she can't keep from kissing him when he visits her the next day... 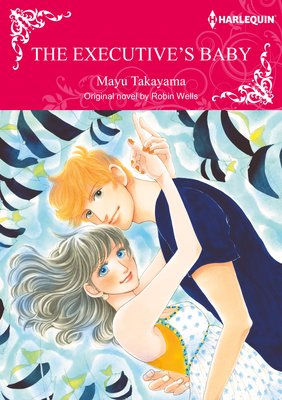 Rachel has managed to heal from the heartbreak she suffered two years ago. Then one day a new executive at her company arrives with a crying baby. It's Nick, the very man who dumped her! His younger brother and sister-in-law were killed three weeks ago in an accident, leaving his niece in his guardianship. Rachel wants to help the struggling Nick, but can she suppress her love for the man who dumped her? 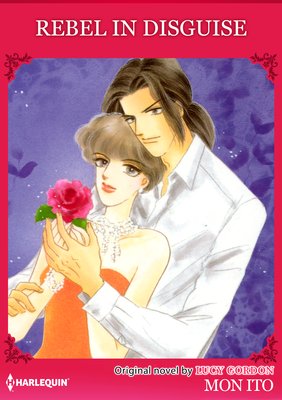 Jane Randers is a devoted bank manager and she takes pride in the fact that she is the youngest to ever hold her position. One day, Gil Wakeham, an unkempt pyrotechnician who lives in a mobile trailer, comes in for a loan. Jane cannot help but feel intrigued by the unique man. Instead of taking him on as a client, she starts helping out as his assistant. However, Gil has another secret identity, one that Jane knows nothing about... 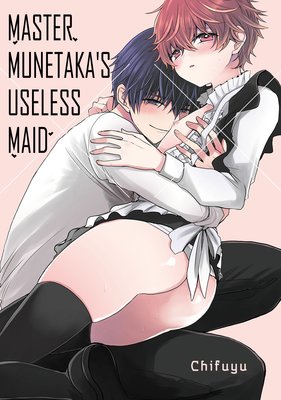 On the surface, Munetaka's a sparkly prince charming, but underneath, a depraved sadist! To support his poor family, klutzy young man Banri takes a job as a maid at the venerable Shishido family residence. Although he's constantly screwing up and crying every day, he finds an unlikely friend in the young master of the house, Munetaka, whose overwhelming princely aura and gentlemanly demeanor wins the hearts of all the girls at the mansion. Master Munetaka is there for Banri when he's down, and his kindness cheers him up. But, that all changes when a plate Banri broke turns out to be a family heirloom!! Munetaka's once-kind face turns sinister as he demands that Banri spread his legs in compensation! And thus begins Banri's new life as long-suffering victim of Master Munetaka's "innocent" bullying...

Includes a special bonus page and two-page manga for the digital edition only!