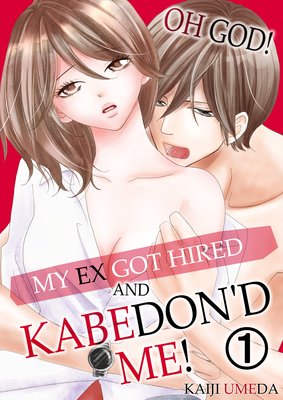 My Ex Got Hired and KABEDON'D Me! [ Total vol 3 ] Completed

"Wouldn't it be easy enough to fall in love with me again, Kaho?" Back when they were in school together, Kaho and Asahi were boyfriend and girlfriend. Then suddenly after having sex for the first time Asahi said that he wanted to break up. Years later, Kaho is happily working in a company when suddenly Asahi appears in front of her again as her coworker. Once they are alone, he moves in to passionately kiss her and attack her weakest spots with his lips. Their love ended abruptly once, but as he presses his body against hers, Kaho begins to feel a familiar fire start to burn inside her once again. "Why is he toying with my heart again after he was the one to break up with me!?"