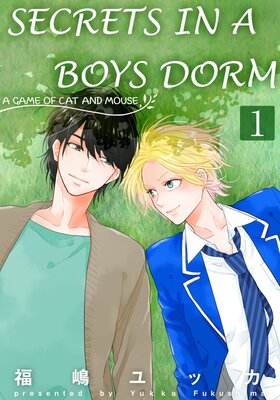 Secrets in a Boys Dorm -A Game of Cat and Mouse- [Total ch. 4] Completed

Yu Aoyagi is rumoured around the dorm to have sex with anyone who asks. Although he confirms the rumours with a cheeky, "it feels better than going solo," even he has standards. He doesn't stay out overnight without permission, avoids clingy guys, and anyone not to his taste is out of the question. ...However, he's constantly breaking curfew. A persistant one-night-stand leads to him missing curfew one night, and the dorm superintendant ends up ordering him to clean the bathroom as punishment...... The calm and collected 28-year-old super Toriumi appears to see right through him. He's heard the rumours going around about Aoyagi, but apparently has no intention of lecturing him......? A cat-and-mouse love game between a listless dorm custodian and an obedient but horny high-schooler! 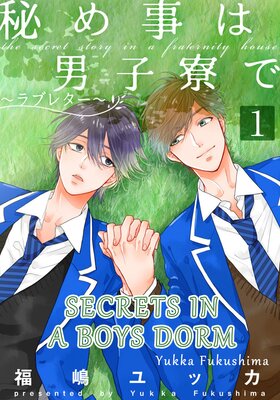 Misuzu is way prettier than any girl! Haruto manages to get into the school of his dreams, Seijo Gakuen, and becomes a resident of the student dormitory there. He gets dumped by his long-distance girlfriend, but the beautiful piano he hears from time to time heals him. Is a cute girl from the faculty of music playing it? Suppressing his impatience, Haruto opens the door to the music room, and discovers the beautiful profile of a boy playing the piano. The boy is Sota Misuzu, and Haruto had saved him just days before from a molester on the train. As an apology from Misuzu, who had been unable to speak up despite being molested and ended up fleeing the scene in embarassment, Haruto requests something... A quiet, secret story which unravels at a high school boys dormitory, of a positive high-schooler and his pure-hearted senior.