When actress Blair visits a ranch in Wyoming, she meets cowboy Dillon. When Blair asks him to train her for her next role as a rancher, Dillon doesn't look interested-he has a dark past and pain written on his face. But Blair doesn't mind his scar at all-she finds herself falling for Dillon, who continues to keep his heart shut...no matter how drawn to her he may be. Lysan was engaged before she realized what had happened...or so it felt to her. When her childhood friend Noel lost his parents, her attempts to comfort him blew up into an engagement... Her family is elated, but Lysan herself is unsettled and decides to take a journey...to the country where Dante, a man she once met, lives. In a confused daze, Lysan steps foot in a foreign land...and runs right into Dante himself!! 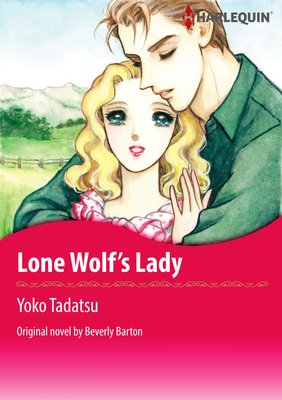 Deanna and Luke were in love, but their relationship came to an abrupt end when Deanna's father was murdered. Luke, who fled the scene, was arrested as the prime suspect. On the day of the trial, Deanna's statement as a witness got him convicted, even though she lost her memory of what actually happened on the night of the murder. Luke, who doesn't believe her for even a second, deeply resents her. Eight years later, Deanna continues to suffer from nightmares about that night. In order to end the nightmares, Deanna must go back to her hometown to regain her lost memories! The funeral for Bronte's mother has only just ended, and Bronte is feeling rather down when she gets a letter. When she opens it, she finds it is from a little girl named Lucy. Lucy identifies Bronte as her mother, and begs her to grant just one wish for her daughter. At first, Bronte is utterly confused by this letter, but upon closer inspection, she realizes that the letter was actually meant for her older sister, Brooke. Brooke no longer lives with her and is now a famous TV personality, and Bronte had never heard anything about her sister having a child. And then one day, a man named Fitz comes to visit...and suddenly steals a kiss from Bronte's lips!