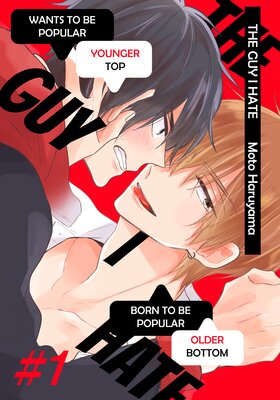 The Guy I Hate

"So who's more popular: me or him!? He's supposed to be my enemy, but why are we touching each other like this!?" Sano's ambition is to become the most popular guy at school, and have lots of female admirers. Except there's just one person who's getting in his way to achieve it... Kiyoharu Azuma has a bad reputation for being a player, but the girls are still attracted to this bad boy. What's worse is Sano finds the girl he's after with Kiyoharu, which makes him even more motivated to one up the guy. Upset that Kiyoharu's fooling around with a girl he doesn't even like, Sano tries to embarrass Kiyoharu. But Kiyoharu's letting out some serious sensual vibes, turning things into an unexpected situation. A story between a guy who wants to be popular and a guy who's born to be popular! 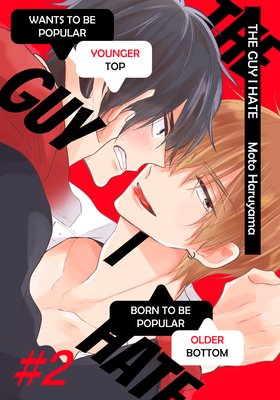 After what happened between the two of them, Sano wants to keep his distance from Kiyoharu. But for some reason, Kiyoharu won't stay away from Sano. Unable to say no, the two end up at Sano's house.[29pages]
Pages: 29
Rent (48hrs) : $
Buy : $2.00 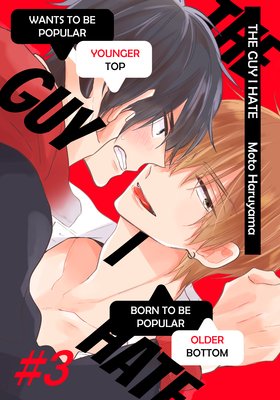 It's the weekend, and Kiyoharu wants to see Sano. Sano reluctantly meets up with him, but finds himself confused by what he's feeling towards Kiyoharu. After spending a day together, Kiyoharu once again invites himself to Sano's house.[37pages]
Pages: 37
Rent (48hrs) : $
Buy : $3.00 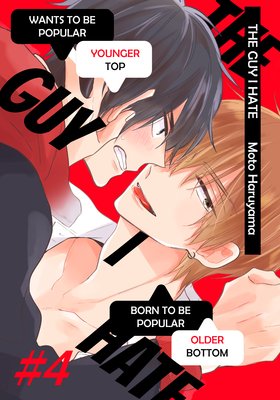 They take their relationship to the next level, and Sano finds himself having special feelings for Kiyoharu. Except the next day at school, Sano sees Kiyoharu with a girl.[31pages]
Pages: 31
Rent (48hrs) : $
Buy : $2.00 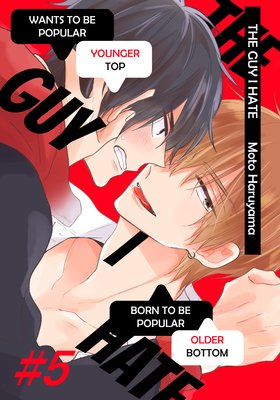 After seeing Kiyoharu kissing a girl, Sano has decided he will never ever have anything to do with Kiyoharu again. But, Sano is shocked at the reaction his avoiding and ignoring Kiyoharu gets him.[34pages]
Pages: 34
Rent (48hrs) : $
Buy : $2.00 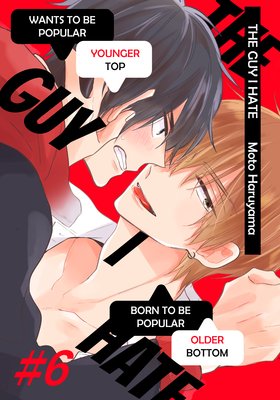 Sano and Kiyoharu's relationship is going really well. But, a small incident forces them to confirm their feelings once again.[32pages]
Pages: 32
Rent (48hrs) : $
Buy : $2.00

Mrsmangame123
6 Helpful
VIEW LESS
5 6 Mrsmangame123 All the stars!! This escalated very quickly haha. Art is great. Pacing is really good and I'm liking the juxtaposition of characters. Sano wants to be no. 1 so bad, but Kiyoharu just makes it look too easy. That lunchtime, hidden nook scene took things to a whole new level. Wow. Kids these days. I'll definitely be checking back on this one. 9555
5 3 stan123 This is Azuma's story from A Coward Falls in Love!!! Love this author. 9600
5 1 Cutecat213 I loved this so much, and chapter 6 was my favorite. Once Sano decides on a thing, he put his whole self into it~ 15220
5 1 motherpupper6 Amazing! I couldn't stop reading 10614
5 0 yellowdoors What a wonderful and cute story! It is completed but no wish it was longrr!! Really lovely characters too. 22896
5 0 aokippoi Pretty cute, wasn't expecting azuma to be the bottom but still good ^_^ 21545
5 0 kyourine Love the dynamics. 21445
5 0 Clarie Love, love, love this one! The hate to love relationship was so well written, and we got to read the story from mostly seme'd perspective, which is so rare. A cute, easy to tease seme and a cool, handsome uke? Give me more <3 21209
5 0 Risuna It was so much fun to see the back & forth of the characters & to see the different sides of them - the sexy scenes were amazing & I love the gradual build-up of their relationship. 15028
5 0 Hydesnumber1 I love the way Sano is just swept away by Kiyoharu's whims. This title is very funny yet sexy. I highly recommend it! 11636
5 0 dragonwolf1221 It was really sweet and Sano and Kiyoharu were so cute ^.^ 10534
5 0 Airricca28 This was super cute! I love that there wasn't too much drama. This is just overall an adorable story, and I love both the characters! 10384
5 0 Nemo1 This is a great story on its own even if you haven't read a coward falls in love. 10381
5 0 QL19 Loved it so much! 10276
4 0 opippy77 So far, sooo good! Certainly has it's fair share of shrieky-freaky moments (which i love, btw). I LOVE hawt smut. BUT... this story also has genuine humor, and storytelling skillful enough that it doesn't read as vapid porn. There's only 2 chapters, so far. But i'm liking what i've read... 9790
5 0 tickeldpink This is so good! It has got one of my favorite tropes: "dude who thought he was straight but WOW this guy is so sexy to me for some reason??" Sano's not really an unwilling participant, just confused and horny. It also stars the side character from "A Coward Falls in Love" Azuma, who I'm happy to see since he was likable and hot. 9558