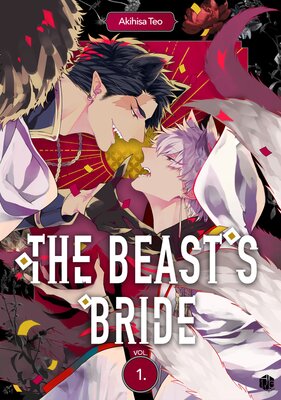 Hinata's a fox who's become the bride of Kyouya, a member of the wolf pack. Their tribes are bitter enemies, but this marriage should bring about peace.
Hinata's disguised as a female at the wedding and has ulterior motives for his soon-to-be husband: he plans to kill Kyouya, who's the son of the wolf pack's leader...
The night of their wedding, he tries to carry out the assassination, but Kyouya catches on and he fails.
Because he has nine tails, Hinata's even an outcast in his own pack and he decides to wants to die. But, instead of killing him, Kyouya says, "It's time for our honeymoon" and takes him prisoner...
This is a dramatic inhuman story between an arrogant, self-centered wolf and a downtrodden yet very pretty and submissive fox.

What did you think of this comic? Help other users by tagging it!
Stunning Art (15) Masterpiece (10) Plot-heavy (8) Romantic (8)
SHARE YOUR VIBES
Please note: You must be signed in to leave your Vibes.
Sign in
Go to Ch.1 Add to Wishlist

Hinata's a fox who's being married off to Kyouya, a member of the wolf pack. Their marriage should stop the ongoing war between their two tribes. However, Hinata has a secret mission, which he attempts to carry out on his wedding night...![28pages]
Pages: 28
Rent (48hrs) : $
Buy : $2.00 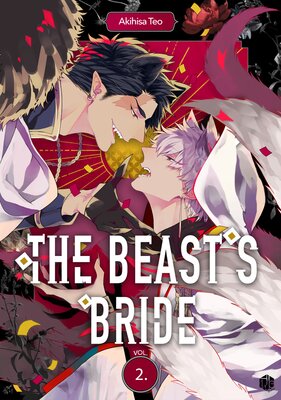 Hinata is now Kyouya's prisoner, but he's treated well and is told to act like a proper wife. What will we learn about Hinata and his position in his own pack, and why is Kyouya keeping him alive?[35pages]
Pages: 35
Rent (48hrs) : $
Buy : $2.00 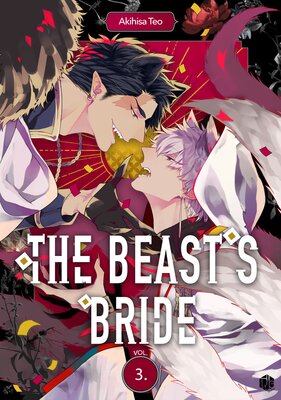 Hinata and Kyouya continue spending time together. One day, Kyouya decides to take his bride for a walk in the village. How does Kyouya's father respond to this, and what decision will Kyouya come to?[40pages]
Pages: 40
Rent (48hrs) : $
Buy : $2.50 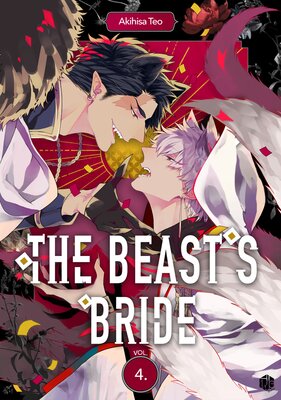 Hinata manages to make his way back to the compound, but why has he returned, and who will he find waiting for him? Also, what legend will we learn about the wolf tribe?[30pages]
Pages: 30
Rent (48hrs) : $
Buy : $2.00 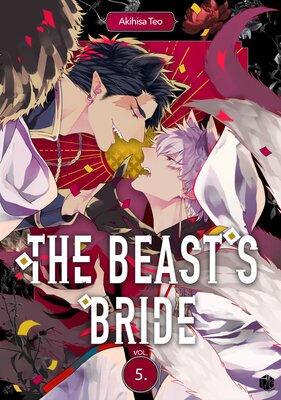 As Hinata's recovering from his injuries, we learn more about what happened during Kyouya's youth. Back in the present day, what will Kyouya confess to Hinata?[33pages]
Pages: 33
Rent (48hrs) : $
Buy : $2.00 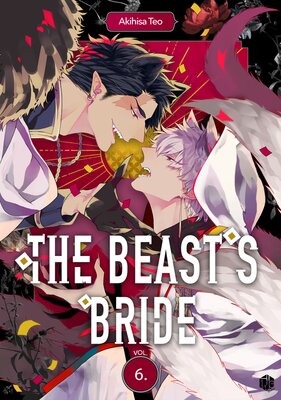 Hinata and Kyouya leave the settlement and make their way to a far off cave when the full moon comes out. What will make Hinata worried for Kyouya's safety, and what other surprises await them?[42pages]
Pages: 42
Rent (48hrs) : $
Buy : $2.50

SadAsian
26 Helpful
VIEW LESS
5 26 SadAsian Brite publishing at it again with the good stuff. One chapter so far but the story has such potential and the art is beautiful. 24871
5 8 stupid93 I CAN'T PUT TO WORDS HOW HAPPY I AM TO DISCOVER THIS TITLE GOT PICKED UP!! I'm a big fan of the mangaka and has been following her works in JP side of Renta and this one is just the personal fave for me. I won't spoil cus as of this review, there's only two chapters here and 6th chapter out in JP but I will say KEEP READING IT'S SO GOOD I would spend my time rereading and absorbing the story into my brain hhh thank you for picking this up!! 25486
5 3 Kazz I cried so many, many, many times. I love the story. I love the art style. It's awesome! The ocean scene would be so much nicer in colors. I get it in black and white but would be freakin awesome if we have that in colors. I'm dying to read the next chapter!Purchase this. Worth every dollar!! 26809
5 2 Ali1381 Such a beautiful art style and captivating story 26457
5 2 vanlee84 I can't get enough of this story!!! What a cliffhanger chapter 3! Can't wait for the next chapter. If you love kemonomimi this series is for you. 26446
5 2 Hayloumac Really promising plot so far and lovely art! 26401
5 1 StrawHat I like how this manga tackles social issues other than problems encountered by people in same-sex relationships. The development of their relationship is also paced right. 27610
5 0 Niyeong This ended up being very wholesome with a diverse world, wish there was a sequel with more politics 28316
5 0 alienxxi Happy ending for the couple is always a good story to read. It's just sad how these characters are secluded and contained as monsters when they are the very beings that has the same life, same emotions, same needs that others have. I enjoy reading good stories such as this. I loved it! 27841
3 0 digimonqq The story had potential but it was squandered due to the rushed ending. The author tried to resolve everything within one chapter but the pacing became super fast. I really suspect that the manga wasn't popular enough so the author was forced to finish it quickly by her editors. She tried to go for a more serious story this time but unfortunately the rushing at the end made all the hardships the uke and the seme had to go through seem almost comedic. The father, who was this big and foreboding final boss type character became tamed immediately once the seme's mother returned.She was basically a deux ex machina who came in to save the day. Now, all of the issues are suddenly solved once she came back. There was still the peace talks between the two clans, but the story just ends abruptly there. Hopefully, the author will get more chapters to actually develop their story in their future works. 27778
5 0 MioAkiyama When the tag says "Stunning Art" don't doubt it. It's truly one of the most beautiful art out there. Hinata is drawn so beautifully his fox tails are just so mesmerizing and Kyouya is just so sharp looking a very handsome looking wolf that you can't look away. Hinata is rejected everywhere by his fox clan, wolf clan but not Kyouya he accepts Hinata as his wife even though it is true a ritual of "peace treaty". He didn't outcast him but tried to make him as comfortable as he could. However, Kyouya has a dark secret that he can't reveal to Hinata. A secret that may need a sacrifice in order to save Hinata.I highly recommend this title for the stunning visual and story plot! Please don't shy away from buying it ! 27721
5 0 Ashurichan Just increcible - beautiful art and touching story. I loved every page of this! 27445
5 0 uwusan It was so good! Beautiful story. 27437
5 0 Joyie Beautiful art and story 27431
5 0 NovaAurora I really love this artstyle so much! Such great detail in everything! It's a must read!! 27365
5 0 ravynkontis I truely love this story. Between the amazing, and downright beautiful, artwork and the story between 2 outcasts trying to make their place in their own world is inspiring. I will be saddened when it ends, but will be a story i continue to return to over and over again. 27289
5 0 ArumaSoul This is a super cute and sweet story yet also makes me want to cry right now I need to know what happens 27109
5 0 VDemonQueen Wow. Definitely taking the place of my FAVOURITE comic I've EVER read... And sad for my wallet to say I've read a lot lol. But just wow... I cannot wait for the next volume as I'm beyond addicted and can't wait to see what happens next!!!!So beautiful and love that it's such a slow burn romance, in a sense, and all about them being there for each other in the end or at least that's what it's leading up to. Definitely worth a read if you haven't read it yet! 27033
5 0 Krystal98 Please more episodes 26778
5 0 mahikokatoru OMG... it's so good!!! Plotline, character developement, art, horror aspect, the romance.... it's all so good!!! I'm already anticipating the next one... please update soon. 26776