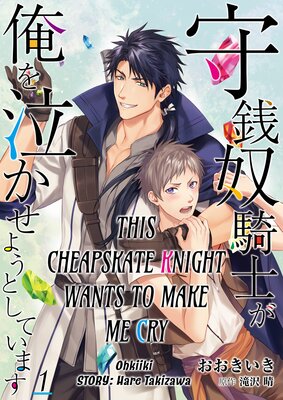 This Cheapskate Knight Wants to Make Me Cry

The super popular boy-on-boy novel has finally been adapted into a manga! Lute is the son of a tavern owner in a castle town, and he has a secret... when he sheds emotional tears they turn into magic stones, or "gems." One day, the royal knight Advald, a regular patron notorious for being a cheapskate, sees Lute crying outside the tavern and discovers his secret. Now, Advald wants Lute to cry for him to get more gems... by having his way with him between the sheets!!

What did you think of this comic? Help other users by tagging it!
Funny/LOL (11) Stunning Art (7) Masterpiece (5) Slow-burn (4)
SHARE YOUR VIBES
Please note: You must be signed in to leave your Vibes.
Sign in
Go to Ch.1 Add to Wishlist 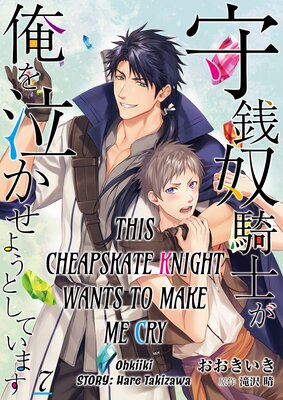 This Cheapskate Knight Wants to Make Me Cry (7) 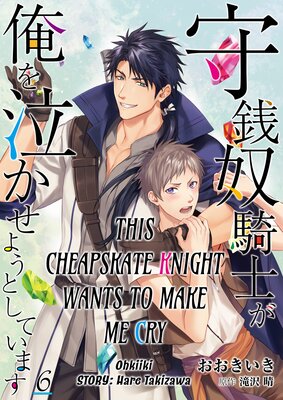 This Cheapskate Knight Wants to Make Me Cry (6)

Everyone at the bar rejoices over Advard's win,and Ryuto gives an exasperated smile at them for starting without the knight himself. When Advard finally walks in,Ryuto has no idea what's in store for him that night... Warning: dub-con.[31pages]
Pages: 31
Rent (48hrs) : $1.00 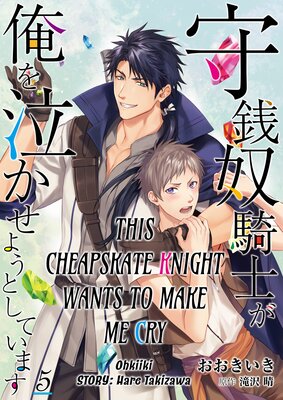 This Cheapskate Knight Wants to Make Me Cry (5)

The colosseum fight starts, and Ryuto finally gets to see Advard in his element, cheered on by the crowd. As much as he hates to admit it, Ryuto's impressed. But, he also sees another side of Banis, too...[32pages]
Pages: 32
Rent (48hrs) : $1.00 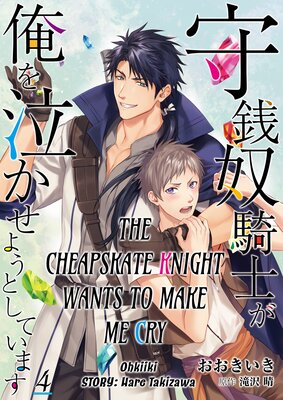 This Cheapskate Knight Wants to Make Me Cry (4)

Advald and Banys talk to the Knight Commander about what happened with the gem, and we learn a little more about the Kingdom of Lapisbard. Meanwhile, Lute can't stop blushing and sighing as he thinks about the night before...[32pages]
Pages: 32
Rent (48hrs) : $1.00 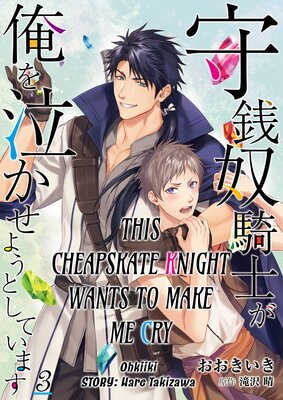 This Cheapskate Knight Wants to Make Me Cry (3)

Lute can't believe Advald's nerve, but there's no going back now. He knows there's no point in trying to fight the miserly knight. He's got huge muscles, and Lute would never win! But that also means they're sharing a bed...[32pages]
Pages: 32
Rent (48hrs) : $1.00 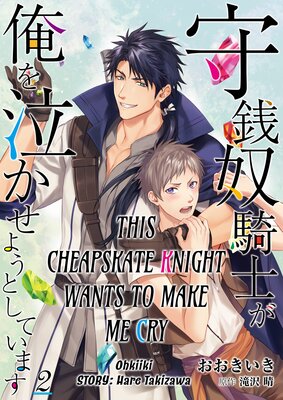 This Cheapskate Knight Wants to Make Me Cry (2)

Lute wakes up to find that Advald isn't alone. A long-haired sorcerer named Banys is with him. As they talk, he finds out more about Banys, but more importantly, about his tears that turn into different-colored gems...[36pages]
Pages: 36
Rent (48hrs) : $1.00

This Cheapskate Knight Wants to Make Me Cry (1)

Read on to find a sweet fantasy manga starring a cheapskate knight and a young man whose tears turn to magic stones when he cries. How far will Advald go in order to make Lute shed his precious tears!?[36pages]
Pages: 36
Rent (48hrs) : $1.00

SadAsian
August 10, 2021 (JST)
9 Helpful
VIEW LESS
5 9 SadAsian Here for this! Saw the novel i think but never got around to reading it so I'm excited to read it here 26492 August 10, 2021
5 3 ebookrenta0dn4szlgk I love this! Fantasy world with romance, comedy, plot, and spicy interactions! This truly has it all! Only on chapter three, but I want it all! 26827 September 09, 2021
5 3 Kazz Omg, omg, ohmoohgaawdd!I want moawrr puhlesh! I hope to see lots, and lots of chapters! 26615 August 21, 2021
5 2 gold3322 I love this title! Adorable uke, an anti-hero seme, and an intriguing setup: the uke cries magical crystals. Unbeknownst to him, this ability could put in real danger if the wrong people were to find out. The seme is protecting him...but also taking advantage of him. Will this man redeem himself? Dun dun duhh! Warnings for bullying lover and dub-con. Great world building, great conflict, and pretty art. 29224 April 13, 2022
5 1 aliceanimelover I wrote this at chapter 5, the latest chapter, and it's still ongoing, so I am waiting for the next update! Do I recommend this? Yes!!! It's actually pretty cute when you look past the non/dub con part at the beginning. This story has so much potential, so I hope the author and artist don't rush this story too much! Can't wait for the next chapters!! 28477 February 03, 2022
5 1 CruizingTho Worth the read ? 26921 September 18, 2021