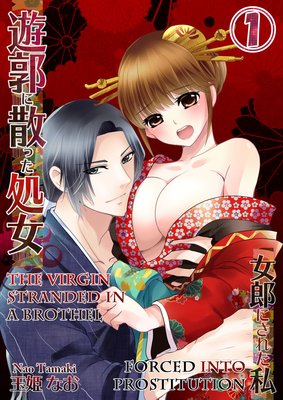 The Virgin Stranded in a Brothel -Forced into Prostitution-

Tormented by his expert touches, she's soaking wet, even though it's her first time... and her innocent body is made into something shamefully erotic. It's Yui's first time with her boyfriend and yet she is unable to bring herself to take that plunge. On one such day, she ends up slipping through time and finds herself in one of the red-light districts in the Edo period!! Before a very confused Yui appears the owner, Safumi, who looks exactly like her boyfriend. "You'll make an excellent prostitute," he says, and she is forced to realize just how different he and her boyfriend really are as he pleasures her against her will...... "Will I be forced to become a prostitute!?"

The Virgin Stranded in a Brothel -Forced into Prostitution- (1) 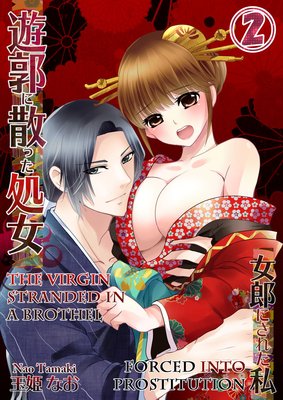 The Virgin Stranded in a Brothel -Forced into Prostitution- (2)

andiekae
May 05, 2019 (JST)
5 Helpful
VIEW LESS
4 5 andiekae I honestly wasn't sure how I'd feel about this one initially but I ended up really liking it! The art is lovely and the story isn't quite as dark as the title might make you think. Honestly my only gripe was that we didn't get more of an epilogue or something at the end but it was still super cute! 9125 May 05, 2019
5 3 ShyCutePinkVag I love all of Nao-chan's work, she's amazing with the artwork and everything. I had to read this because I'm a VIRGIN toooooo and I wish I were trapped with that guy who looks kinda like Itachi so he can do all those things to MEEEEE^^ ~ Nao-chan's artwork is always beautiful and will get your panties wet and keep them wet with no problem! =^_^= and get you all hot and bothered ~ so read this especially if you can relate to it, the female main character YUI is a VIRGIN who's always nervous and scared to have sex-like meee^^ so yeah ~ read this okay because it's awesome. This is like my third account here, the first one was LemonMasochist but I always forget passwords & I think I deleted it for some reason lool ~ anyway I made this new account just to read her latest manga-which is this, 5 stars I loved it. 3546 November 19, 2016
5 1 Sittinadzra08 Aaaaww. I love this story soooo much historical is really amazing manga as always i love the story pace and the Art is amazing. But, i somehow feel cliffy. Well, maybe that is how the story is. Deserved a 5star 18250 April 29, 2020
5 1 redundantpig My goodness... i wish there were more. 4432 December 09, 2017
5 0 AOmanga Too short 11399 August 11, 2019
5 0 nacin Nao Tamaki why you know me so well~Reallllyyy like the art.The guy looks like Itachi 2.0 xDThe story is good too~~ 7030 January 06, 2019
4 0 Hiaya123 I like the artwork of this manga and would like to see more so please more update! 3083 May 03, 2016

Sweet & Pure Love Story: The promise still shines brightly inside of me...