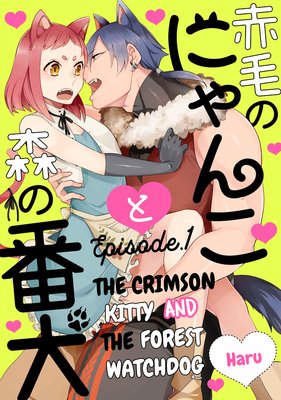 The Crimson Kitty And The Forest Watchdog [Total ch. 11] Completed

In this town, animals live like people. Misha, a cat, finds a fixer-upper deep in the forest and decides to repair it and make it her home, but she isn't making much progress. After a run-in with a hulking, muscular dog (?) named Hati, Misha makes a deal with him: assist her with repairs, and he can live there as well. Misha finds living with the strong, silent Hati to be a breeze, and the two set to work on the house. However, something starts to seem off about Hati. When Misha presses him for answers, she discovers that the full moon has worked Hati's instincts into a frenzy... and his hungry eyes are set on her! 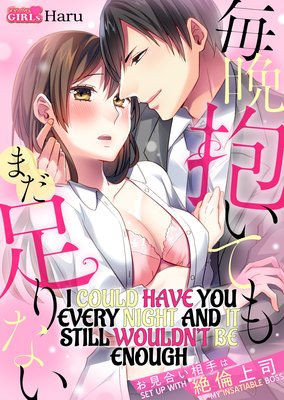 I Could Have You Every Night and It Still Wouldn't Be Enough -Set up with My Insatiable Boss- [Total ch. 2] Completed

That wasn't nearly enough... Let's do it again.

Chinatsu, an office employee, finds herself forced into an arrangement by her parents where she has to live with a potential marriage partner. He seems kind of moody, but whenever he lets slip a smile, Chinatsu feels her heart skip a beat. He's kind and perfectly attentive, too... So, maybe he's not so bad? Is how she feels until night comes around, and he completely changes! "What? You've never bathed with a man before?" He teasingly whispers into her ear, his fingers reaching ever closer to her most sensitive spot. Slipping his fingers inside her, she can't take any more and finds release...! If this happens every night, there's no way her body will last... And yet the next day, he's introduced at her office as a new manager! Any chance he gets, he embraces her, telling her how badly he wants her... How is she supposed to resist that!? Whether it's at home or the office, there's no end to this peerless man's desire!!