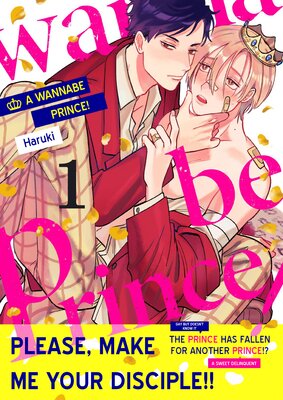 Ever since becoming enamored with a prince as a child, Rio Arisugawa's been striving to be a chivalrous gentleman, and it's made him the most popular boy in school.
One day, his upperclassmen gang up on him out of jealousy.
Right when he's about to get walloped, someone waltzes in nonchalantly and save his skin... and it's third-year Ouji Hiyama, the delinquent who's feared by the whole school!
Ever since that day, Rio's been chasing Ouji around like mad, trying to become his disciple, but no luck. That is, until Rio witnesses Ouji getting up to no good, which creates a bond of secrecy between them...

It's not as straightforward as it looks to become a real prince! Thus begins this warm and fuzzy romantic comedy between two schoolboys in a master-disciple relationship!