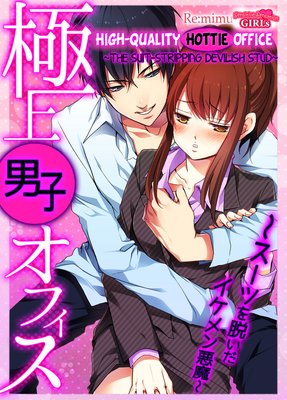 Kasuga works in an office and is going onto her fifth year in the planning department at an advertising firm; she just took a promotion exam. By mistake, she gets an exceptional promotion to be the secretary of the hot vice-president, who's also a selfish son of a distinguished family. He's forceful, but she does good work, so the vice-president treats her like a servant, working her as hard as he can and tiring her out. She even has to take care of stuff that her subordinates neglected to finish... That's when she reaches her limit! Late at night, she goes to the vice-president's office with the intention of giving him hell! That was the plan, at least... but she falls prey to him and they have carnivorous, rough, heavy sex, which melts her body! "I'm a demon who loves to tease, so how about we go three more rounds, OK?" Even with his suit off, he's still a super-sadistic demon!