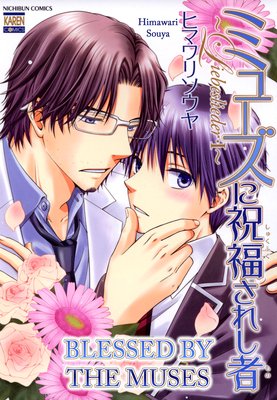 Blessed by the Muses -Our Love Song- [Total ch. 2] Completed

It's a new school year at the Musa Private Academy of Arts, and with it comes Sakurado, a transfer student who is also "blessed by the muses."
Mr. Shiranui is a little worried about having him become friends with Keito, though.
One day, Mr. Shiranui asks Sakurado to let him hear a song he wrote and ends up getting sick because of it.
Keito comes to see Mr. Shiranui, and... has Sakurado inadvertently helped the two get closer together!?

A long-awaited new volume of the popular mini fantasy series... including Mr. Shiranui's backstory, too!! 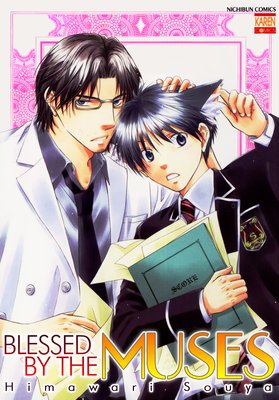 The Musa Private Academy of Arts has students from across the nation who are interested in music and art. But, something strange happens on this island when "one of the blessed" performs or showcases his art... students who resonate with the piece manifest things in and on themselves...! Keito is a new student who is surprised and sometimes scared by all this, but thankfully, Mr. Shiranui's magically soothing voice works wonders on him... It stirs up some warm fuzzy feelings in him, too, though. A school fantasy with love in the air! 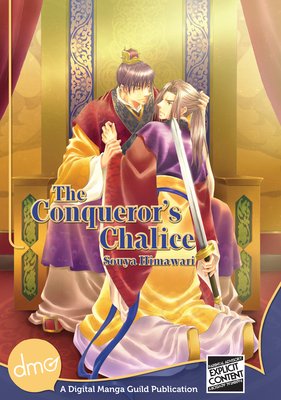 When Prince Masoo invaded the nation of Tou, he was only able to save one prince from committing suicide alongside his mother and the defeated king's other wives and children. As the years passed, the young Kisame grew attached to the man responsible for his family's death, and through Masoo's care, he grew into an accomplished young man. Kisame looks up to Prince Masoo as his gurdian and role model, but on the night of Kisame's great victory at a martial arts tournament, the prince forces him into bed and declares that Kisame is his toy...