The Daddy Track From This Day Forward III

Nate is an arrogant businessman who blames himself for causing the deaths of his best friend and his friend's wife. His best friend had a beautiful sister named Jordan, who has two children. Thinking that it might be a small act of atonement, Nate spends his time being close to Jordan and her children, but the more the children grow to like him the greater the guilt in his heart grows. Having learned the meaning of the words follow your heart, passed on to him by his grandparents, will Nate ever find long¡¾lasting love? Part three of From This Day Forward is finally complete!

No Regrets From This Day Forward I

It is May 1949. Claire Winters falls in love at first sight with a sudden visitor?a handsome, dark-haired man. Jack Murphy is a close friend to Claire's brother, Dennis, who died in the war. However, Claire is already in courtship with a man whom her parents have decided for her?Harlan, who is set to take after his father's banking business. "I can't bear to marry without knowing what love is. Mama, I'm sorry. I want to be with this man, at least until he leaves this town." Here begins the first part of a trilogy chronicling a time-transcending romance!

Dog trainer Julie is in trouble. Workaholic business tycoon, Luc is planning to find another home for Puppy, a huge mastiff he has inherited from his grandmother. For that, Luc hired Julie to give an intensive training for Puppy for 6 weeks, staying at his home. No way! He has to look after his dog. As Julie works hard to develop intimate relationship between Luc and Puppy, she finds herself gradually falling love with him. She has to remember that Luc needs her only as a dog trainer...

Amelia is a typical bookworm librarian. But she has a secret. At night, she works as a provocatively dressed waitress named Amber. One night as she's working as usual, she spots Tyler, the town's most sexy man, and the guy Amelia has been admiring for sometime. As soon as he sees her, he approaches her, not realizing that she is, in fact, Amelia...! 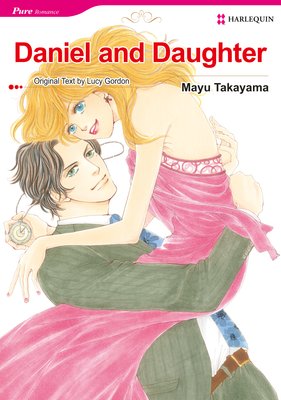 When she was 16, photographer Lee went to Gretna Green, the "Elopement Capital of Scotland," where she could get married without her parents' consent. However, she soon divorces, taking her daughter with her. She has had enough of men, but 13 years later, she meets Daniel, who tries everything in his power to seduce her. Meanwhile, Lee's brother is in a passionate relationship with Daniel's daughter. The two lovers decide to elope to Gretna Green just as Lee did all those years ago. Lee chases after them with a bitter feeling in her heart...

Married Under the Italian Sun

Angie has played dumb under the stage name of Angel with her drop-dead gorgeous looks. Freshly divorced from her cheating millionaire ex-husband, she is through with all that and is ready to start a quiet life in a beautiful Italian Villa, an alimony from her ex. But there is one thing that annoys her. Vittorio, the former owner of the estate does not try to hide his disdain for her whom he believes to be a "dumb glamor girl." Disagreeable he may be, she must seek his cooperation to preserve the renowned, "best lemon grove" in Amalfi...