A womanizing nightclub host is captured for breaking up the engagement of an heir to a big business. However, he'll be forgiven if he becomes the heir's possession![36pages]
Rent (48hrs) : $
Buy (Permanent) : $1.50 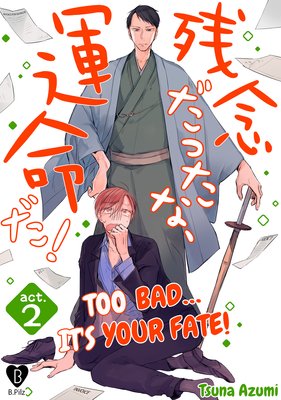 Yuto still can't believe the predicament he's in. He's been taken captive by Kaname, a former high school classmate who has told him that he loves him. He messes up the place hoping to make Kaname hate him, but nothing seems to work...[32pages]
Rent (48hrs) : $
Buy (Permanent) : $1.50 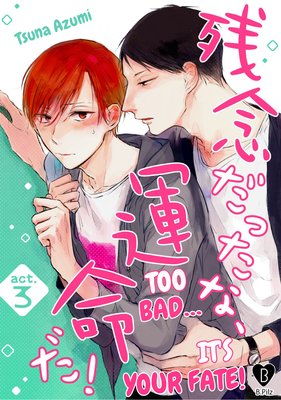 Yuto rejoices when he's allowed to go to a movie - until Kaname says he wants to hold hands. They run into his cousin after another round at a motel, and Yuto realizes then that it's actually Kaname who is faced with challenges...[30pages]
Rent (48hrs) : $
Buy (Permanent) : $1.50 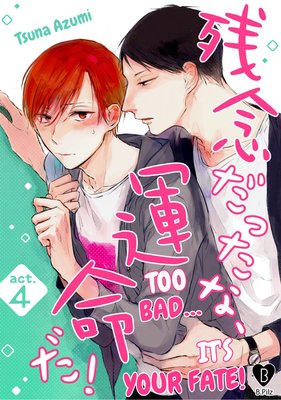 When Kaname's uncle appears on the scene, it's clear that the family's involvement is risky for Kaname's future as the heir. Yuto and Kaname go to a spa resort and Yuto's shocked to realize that he's starting to react to Kaname's touch...[32pages]
Rent (48hrs) : $
Buy (Permanent) : $1.50 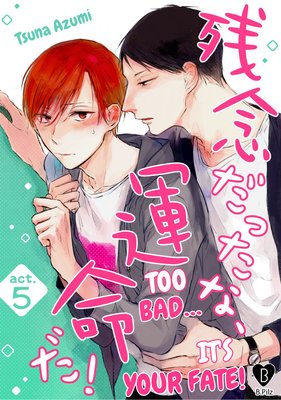 Yuto wants to go back to his life with girls. He's relieved when Kaname leaves him at a mountain inn, but the days go by and he's plagued by an irritating sense of loss. Is he actually starting to miss his former high school classmate?[38pages]
Rent (48hrs) : $
Buy (Permanent) : $2.00 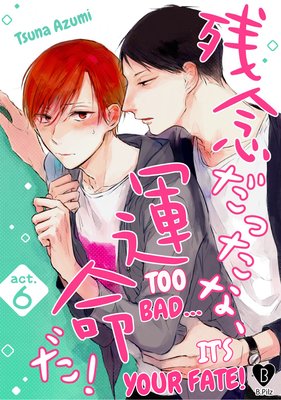 It's the final showdown. Yuto is taken captive by Kaname's cousin, Mitsuru, and brought to the main Mikoshiba residence. Will a decision be made on who will succeed the business? What will happen to Yuto?[42pages]
Rent (48hrs) : $
Buy (Permanent) : $2.00

Mrsmangame123
8 Helpful
VIEW LESS
5 8 Mrsmangame123 It's only the first chapter and I already love this! First, love the title! It's so matter of fact and funny in the context of the story. Next, the art is pretty good. We've got the good for nothing black sheep of his family womanizer Yuto who just messed with the wrong guy's woman. Love that the two leads know each other from school and have a bit of a history. Also loving the fact that Kaname was a cherry boy and is so serious about making Yuto his for life! It's yaoi and its fictional, so I'll overlook the whole "ownership" thing and just go along for the ride. Can't wait to see how this pans out and hoping we get flashbacks! So far this is funny and it looks like it'll be cute too! 6295
2 5 sdab Just another generic BL story where the sex is dubcon at best, but flourishes into love once the uke realizes how much the seme cares for them. If you find holding someone against their will and forcing them to have sex without, then this is the story for you. 2 stars instead of 1 because the art was nice and consistent. 6866
3 1 sereneione I have mixed feelings about this manga. It has its funny parts, but also plenty of things left hanging, giving you a sense of incompleteness even when it came to an end. I'm not on board with the forced captivity and sex (even if the reason was explained in a bit more detail afterwards), but at the same time the captive was portrayed in such a way that you almost don't feel bad for him at all. It's got a happy enough ending, but getting there was a bit of a bumpy ride, not just for the characters but also for the readers. 12001
5 0 anonmaly Absolutely adorable story with a smattering of nice smut to really give fujoshis/fudanshis what they want in a Yaoi! Story is told from the uke's perspective, a natural born playboy with few redeeming qualities. He messes up the engagement of a wealthy heir who also happens to be his old high school friend and shenanigans ensue. Warning: there is some questionable consent (in the way of the Yaoi-verse where forceful sex is a sign of true love, just avoid it if this title of this is a sensitive issue for you). But overall the story is a romantic comedy with a sweet conclusion. This was my personal cup of tea and I for one really loved the story from the first chapter. Tags: confinement and coerced sex (but played off comedically rather than seriously), first love 18550
5 0 7143983643 It's a good read. 8936
5 0 Frankie So cute and funny! A seme who's a virgin interesting 8540
5 0 Puppydog7 oh yes!!!!!!!!!! this is a great story!!!!!! 7281
5 0 AinoKusabi With every chapter, the story gets better and more interesting. I'm curious as to where it will all lead. 6693
5 0 afukafu Very interesting! I'm so looking foward to the next chap! 6372
5 0 Akashicchi This looks like it'll be very cute. I like how there is prior connection between the two leads. This is an incredibly good first chapter. 6344