Yaoi_MangaYaoi-OmegaverseYaoi-MenageYaoi-Childhood_FriendsYaoi-Wealthy_HeirsYaoi-Tsundere$2.00-$2.99 PopularCompleted Must_read (16) Oh_yes (10) So_many_feels (8) Whoa (7)
VOTE
Please note: You must be signed in to leave your Vibes.
Sign in
Go to Ch.1 Add to Wishlist

Childhood best friends Yuuzen, Kouetsu, and Ginga enjoy being the top of the food chain at a prestigious school for alphas. But, one day, Yuuzen shows symptoms of being in heat...![45pages]
Pages: 45
Rent (48hrs) : $
Buy : $2.50 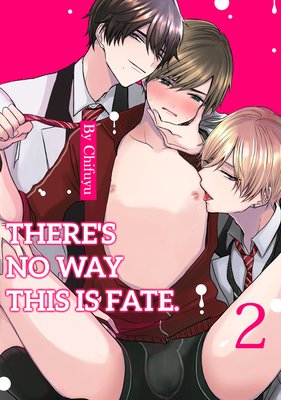 Kouetsu and Ginga, seduced by Yuuzen's pheromones despite having taken anti-pheromonal medicine, come to believe that he is fated to pair with them... Or at least, one of them...[38pages]
Pages: 38
Rent (48hrs) : $
Buy : $2.50 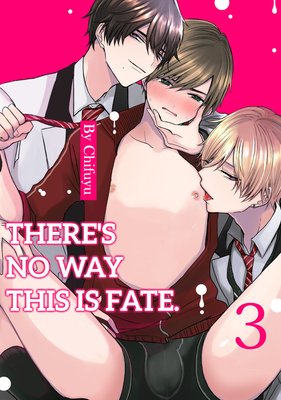 Not knowing the first thing about living responsibly, Yuuzen's friends take turns in helping him get by. It's Kouetsu's day this time, but can Yuuzen endure his perverse antics!?[47pages]
Pages: 47
Rent (48hrs) : $
Buy : $2.50 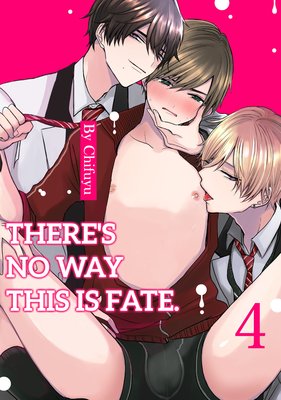 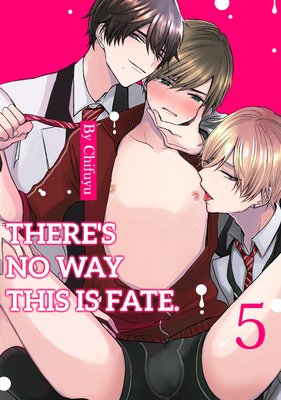 After witnessing an attack on an omega in heat, Yuuzen starts to develop complicated feelings towards his relationship with Kouetsu and Ginga...[39pages]
Pages: 39
Rent (48hrs) : $
Buy : $2.50 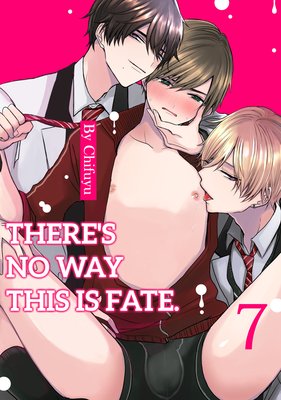 With the secret of his omega gender revealed, Yuuzen distances himself from Kouetsu and Ginga. Worried, they visit his home to check on him, but Yuuzen is long gone...![44pages]
Pages: 44
Rent (48hrs) : $
Buy : $2.50 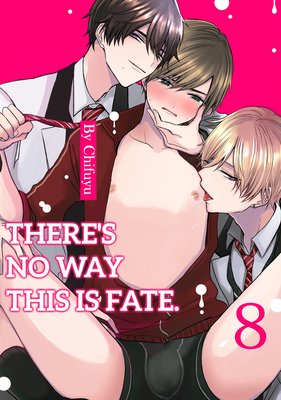 Ginga and Kouetsu search for Yuu, who was expelled from school and is suspected of working at a brothel. Anxiety and expectations grow as the two track Yuu by GPS to his new place of employment...[40pages]
Pages: 40
Rent (48hrs) : $
Buy : $2.50 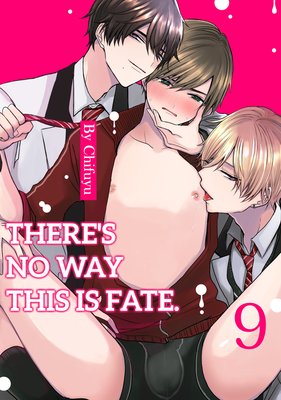 Recognizing the depth of his feelings for Ginga and Kouetsu, Yuuzen decides to go on separate dates with each of them to choose who he'll pair bond with. However, both Ginga and Kouetsu have plans of their own in mind...[47pages]
Pages: 47
Rent (48hrs) : $
Buy : $2.50 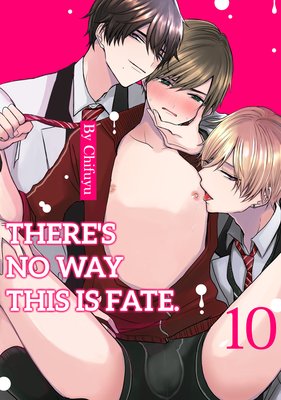 After going on dates with Ginga and Kouetsu, Yuuzen finally makes his decision. What is Yuuzen's idea of the "fated paring" and how will affect the fates of the three friends...?[44pages]
Pages: 44
Rent (48hrs) : $
Buy : $2.50

hikaharu
27 Helpful
VIEW LESS
5 27 hikaharu Uwwooohhh~!! I see two alphas kiss, i shall give it 5 11760
5 5 reimagami Love the omegaverse stories! Never enough of them, and this one is hot hot hot! Don't normally like 3TP but this is great! Cannot wait to see where it leads! 11555
5 5 SunnyEWA This is the second twist on the omegsverse were a possible alpha into omega mutation may occur that I've read. Though this is the only one with a possible 3P. Most of the stories are very possessive to the point that only one partner is possible. I'm going to keep buying these and see were it goes from here. Personal opinion here but the Mother needs her behavior checked even if it is some PTSD from a cheating mate. 11443
5 2 mayiek oh damnn ? This hit all my yes buttons ? & when will be the next chapter released? ? 19330
4 2 Maddie26 This seems like a very interesting story. Awesome beginning. 11384
5 1 ChattyK2125 Horny as sin! Lots of threesomes with the boys or even images! Oh my! Loved every minute of it! 19998
5 1 ienggg Ahhh wish there was more!!!! I love the art,the plot twists, and the humor. Like Yuu in the chapter being like you all know I was a top ??? LOL. There is a happy 3p ending and the point of choosing love choosing was exactly what I enjoy subverting the fated love trope 19988
1 1 Ftgdggsoogst I love this store very very much but I hope it doesn't end like it did I want to see him get the boys I hope they become mates not just one or I don't like that I want both of them to be his 18511
1 1 ebookrenta05g06uyar I don't want him to choose , I love all of them together 18489
5 1 dianalim Oh no! Can't wait next chapter. ;_; 18431
5 1 ebookrenta07h73plqo Can't wait for ch 10! 18327
5 1 TheDarkAce Nice 18026
5 1 RuukaMizu Just what I needed, love it !! A REALLY good Omegaverse story ?? 17632
5 1 yuicaty9 There is no loss in read it, as always the mangaka brings us a fun and super sexy story. Two alphas and an omega, childhood friends in which love develops to the point of obsession. Fantastic. 17567
5 1 fireapples love this manga, got hooked after the first chapter and ended up buying the rest. the art is also very nice and sexy. 17383
5 1 dragonbride90 This is a great manga for those who love the twist and turns of omegas and alpha's 17269
5 1 YukiJudai Couldn't resist buying after reading the first chapter. Really enjoyed this and it's interesting that there's something going on with the two semes too (you can find a dj on them at the Mangaka's pixiv) which kinda explains some things between them that they do. 17140
4 1 Mixie This is an interesting and unique manga with great dynamics between the leading trio: pervert-seme Kouetsu, puppy-seme Ginga, and reluctant uke Yuuzen. It's a triangle drama where even the two alphas are often kissing and the omega is very alpha-like outside of estrus. It's more smut than romance, which can be good or bad depending on what you like. The storyline itself is so-so and there are some weird sports, but the art is good and the frequent sex scenes (both 2P and 3P) top notch.(Note: As of chapter 9, the story is starting to round out, but it's not finished yet.) 17107
5 1 rubesties I usually hate omegaverse, but I'm obsessed with this one....amazinggg 16404
5 1 Firefly05 Love it! 16291
4 1 ktenos99 I don't usually go for omegaverse, or enjoy it, but damn. Hot smut scenes here. The two alphas are super hot, and the omega is cute af. Need more action between the alphas for 5 stars!!! 15034
5 1 Bluebird I love omegaverse~ 13371
5 1 sgpink22 It's one of my favorite.I really like the story 13346
5 1 ebookrenta0gg8ayycy I love this I need more 13214
5 1 Moonflower Great manga! 12064
5 1 animepie Just read the first chapter and I just expected 3P smut and boy did I get that. Phew! That was hot. But I am seriously curious about the plot now. Definitely buying the rest. The two alphas kissed and that definitely raised its score. 12038
5 1 Darkstarre Ok shows promise. Definitely gotta see where this goes. 11771
5 1 G3tsmart Oh my god soooo good next story, please 11769
4 1 gummyfoxes pretty hot, the later chs now seem slightly more plotty, not sure if i'm totally sold on the story yet but i'll prob still read 11729
5 1 suppinel Imo, The sex is hot and steamy in ch1. If you are looking for another threesome omegaverse story, you can add this one to your collection . One seme had sadistic tendecy, while the other is milder but still wild in the bed, the uke comes as bratty and conceited in the first place but become so cute in the end. I enjoyed his predicament (the uke) so far for his circumstances. Really hoping for more to come. 11605
5 0 matty2312 Interesting concepts, beautiful story and fantastic artwork Would recommend 100% 21149
5 0 SadAsian I love some good alpha on alpha action with an omega in the middle. 10/10 would recommend 20483
3 0 ChunkyFunkyMunky The last chapter does not end with a sex scene. It teases with “Let's have a threesome.” I was hoping to see a bit more romance between the two alphas but nope. 20050
5 0 jeojang honestly dying to see the end of this ?? 17707