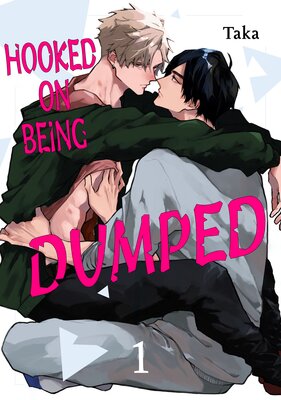 Hooked on Being Dumped

He could never tell him the way he feels about him... but getting physical is different!! Keita is on the hunt for love, but he always seems to get dumped and end up fighting. Ryujiro (Ryu) is his friend since high school that he seeks refuge with, who tends to his wounds... the very guy who made Keita develop a habit of falling for straight guys, and Keita has been in love with him forever. Ryu is a nice guy who was willing to oblige Keita when he got drunk and said he might die if he didn't get horizontal with someone. He holds his hand and rocks him like a lover, so sweetly that Keita can't help getting the wrong idea...

What did you think of this comic? Help other users by tagging it!
Funny/LOL (12) Consensual (10) Hot/Steamy (10) Light/Casual Read (8)
SHARE YOUR VIBES
Please note: You must be signed in to leave your Vibes.
Sign in
Go to Ch.1 Add to Wishlist

Hooked on Being Dumped (1)

Keita has a habit of falling in love with straight guys who are quick to dump him. Ryujiro is the friend who gives him comfort when he's down... and he's also the one who first got him interested in straight guys...[30pages]
Pages: 30
Rent (48hrs) : $
Buy : $2.00 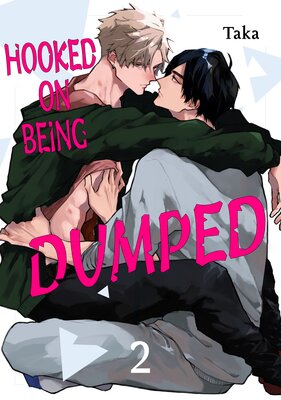 Hooked on Being Dumped (2)

Keita may be falling in love again! A cool delivery man with a nice smile is dropping by the convenience store where he works. It's springtime again for Keita... but Ryujiro has gotten into one of his angry periods...[38pages]
Pages: 38
Rent (48hrs) : $
Buy : $2.00 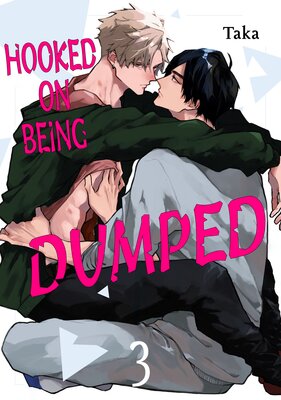 Hooked on Being Dumped (3)

Keita is starting to feel restless about his delicate relationship with Ryujiro. They get physical, Ryu is showing signs of jealousy, and Keita can't stop thinking that he just might have a chance...![40pages]
Pages: 40
Rent (48hrs) : $
Buy : $2.50 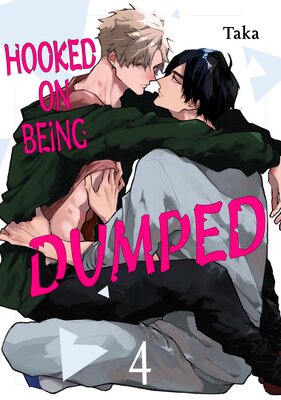 Hooked on Being Dumped (4)

Ryujiro's secret is out, and he's standing on the edge of despair. Now that Keita knows how he feels about him, he can't bear to face him. He locks himself in his apartment and reminisces about how things were when they first met...[36pages]
Pages: 36
Rent (48hrs) : $
Buy : $2.00 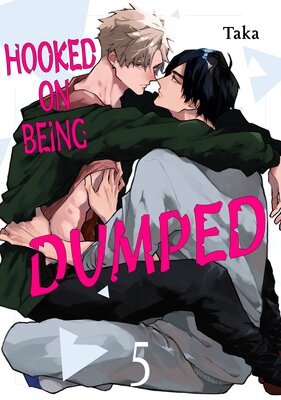 Hooked on Being Dumped (5)

Learning that their feelings have been mutual, Keita goes to Ryujiro's apartment to check for himself how his friend really feels about him in the final installment of a popular series about a frustratingly delicious relationship.[41pages]
Pages: 41
Rent (48hrs) : $
Buy : $2.50

urara
13 Helpful
VIEW LESS
5 13 urara Taka-sensei's debut comic is finally here!! I read the JP tanko and I'm so happy for the Eng release!! I'm incredibly in love with Taka-sensei's amazing art! The characters' manly strong sexy bony hands and their big wide sweet happy smiles brings immense joy to my heart!Keita's character gap is extremely loveable like he's so darn cute!! Ryu is one of the most interesting top just wait till you read from his pov!! Please check them out! 26023
5 5 Niccus Have you ever wanted the fan fic trope idiots lovers as a manga? Then this series is for you because these two are dumb as hell, and madly in love with each other. Very good if mutual yearning is your jam. 26284
5 4 TomatoKah91 This is right up my alley. Best friends, to sex friends, to …. Lovers? MC's a little dense, but then if he wasn't there wouldn't be any pining, now would there? It's cute. And the love interest seems to be lovely. 26024
5 2 Rosasusannah For a relatively simple story, this manga surprisingly turned out to be a 10/10 for me. The art is visually appealing while still fitting the feel of the story and conveying humor and emotions very well. The characters are fresh. I love delinquent characters and Keita is one but not in a way that's over the top. I love how masculine he is and him being a total bottom is not treated like a big deal. It's just what he's into. Ryu is hilarious but somehow that doesn't make him any less sexy. They're perfect together and the steamy scenes are honestly some of the best I've read. I'm so looking forward to more from this creator! 26448
5 2 ebookrenta0r3hxmxr0 SO CUTE!! Just two simple dudes who love each other and the comedy and pining is chef's kiss A+! Right up my alley with the art style too they're brawny and still so cute! I love how fight-y the MC is lolll yet he's so dense and pure <3 you'll love the ML I swear 26224
5 1 beryllbaum This is such a cute read. I love the art style and there were so many funny moments. 26700
5 1 SadAsian Adorable and spicy. I love the friends to lovers trope 26495
5 1 dickswithknobs So adorable! Probably your basic miscommunication trope, but these two are just so precious that I love it anyway. 26487
5 1 Soda The art is amazing and so is the story. So cute and looking foward to Taka making more! 26390
5 1 hellion The art style and plot are definitely for me!! Definitely will wait for the next chapter(s) !! <33 26188
5 0 aria That was a nice change of pace. Friends to lovers WITHOUT the slow burn. I could read 12 more chapters of this! 28044
5 0 Hyliana Subjectively, I give this 5 stars. The characters are hot, the dynamic is adorable, and it felt satisfying to witness them finally get together. Objectively, it needs work. The characters, while well-written and expressive, are sadly limited by the fact that they are defined only in relation to each other - a problem the whole story suffers from. Beyond what is relevant to the romance, the characters and world... simply don't exist. While this allows for 5 relatively short volumes to depict a satisfying romance, it is also the manga's fatal flaw, as it begins and ends in my memory with the gay angst. I don't know why Keita fought a lot in high school, or why he would cry in secret. I don't know really anything about these characters beyond how they influence the two leads' feelings for each other, and a 3-dimensional and relatable, but ultimately limited glimpse of their personalities. As such, the story becomes very forgettable in the long run. It's a good romance... and nothing else. 28038
5 0 kamishiro Cute mutual pinning !! 27722
5 0 azeono Super sweet and also funny!! It seems like a common plot from just the summary but it was a very refreshing and entertaining take on all of the best tropes (e.g., idiots to lovers, mutual pining, etc.). And Ryu's perspective was probably my favorite part- as another reviewer said, it was particularly interesting!! The art is great and it's hilarious how Keita is kind of a buff crybaby LOL. Both of the characters are endearing and also easy on the eyes... ;) Anyway 10/10 worth every penny!! 27225
5 0 ebookrenta0692jtg3k This is so good! It's been a while since I read a manga that's like WOW. Love the unrequited love with childhood friend kinda setting! Full of cute & facepalm moments from these two dumb dumb couple hehe 26912