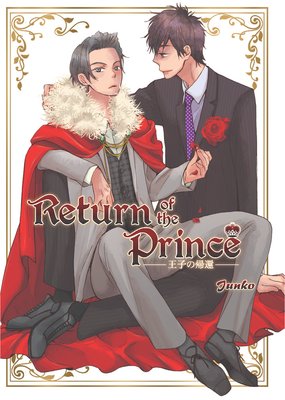 Return of the Prince

At his sister's wedding, Satake Kou is reunited with his cousin Fumihiro, who used to be dumb and fat as a child. Now that Fumihiro has transformed into a charismatic prince, Kou is undeniably self-conscious, but has no idea of Fumihiro's high regards towards him since they were little. Fumihiro's admiration has turned into something entirely different now. How will Kou respond to Fumihiro's feelings?
Adachi Yasuhiro has been friends with Ritsu since they were children. Suddenly, Ritsu starts acting completely different, and the reason for that change seems to be Ritsu's new senpai, a troublesome guy. Yasuhiro slowly realizes that he feels more than just friendship towards Ritsu... but is it too late?