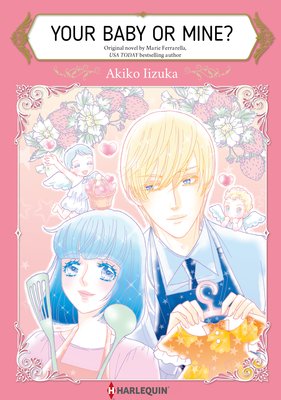 Your Baby or Mine?

Marissa is a single mother who teaches people how to care for infants. While teaching, she meets a new student, the gentlemanly Alec. He lost his beloved wife a year earlier and decided to take Marissa's course to learn how to care for his daughter. But after seeing Marissa pacify his daughter, he asks her to become his live-in babysitter. Marissa already has her hands full with work and her own son. But she also has to move out of her home, so she accepts the job and moves in with Alec. She promises herself she won't become romantically involved with him, but that promise may be harder to keep than she thinks. 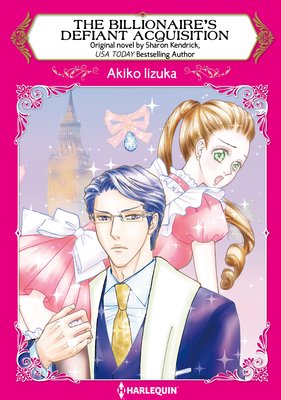 Conall, a rich and successful businessman, has suddenly chased Amber out of the luxury apartment where she lived. It seems that her father sold him the apartment without any warning and completely cut her off! Desperate for money, she finds work at a club on the outskirts of town, serving shady customers in a skimpy uniform, but the job turns out to be more than she can handle. Conall comes to her rescue, perplexed as to why she can't get a regular job. Despite her not being able to stand him, Conall is obligated to look after her by request of her father...But is that the only thing keeping him around? 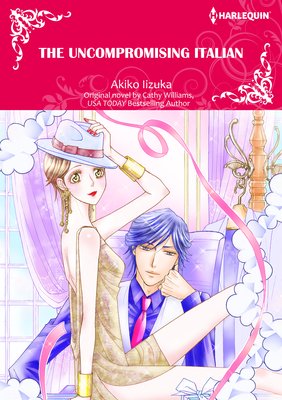 Lesley, a hacker, is hired by Alessio Baldini to investigate threats he's been receiving. Growing up with her father and five brothers, Lesley is confident around men, but Alessio proves the exception-he is just too attractive. Despite wanting to keep some distance from the dangerously gorgeous millionaire, Lesley must ultimately move in with hard-to-resist Alessio. She falls deeper and deeper in love with him, but little does she realize that his feelings for her are changing, too... 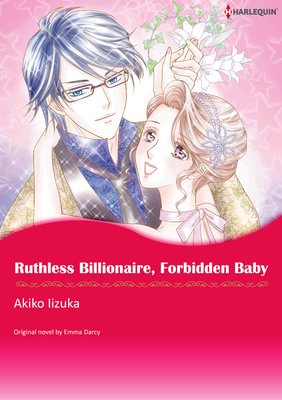 Tammy meets Fletcher at a friend's wedding and is instantly bewitched. He's a genius known around the world for his work in technology...and even though he's an arrogant playboy, the two have chemistry and Fletcher is passionate about her. But it doesn't last long! Fletcher is pessimistic about marriage while Tammy hopes to settle down one day. She's convinced that Fletcher wants nothing more from her than a short fling, but then she realizes that she's pregnant! She doesn't know how to tell him the truth, but she may not be able to hide it from him for long. 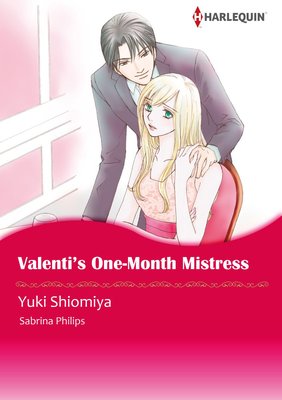 This bundle contains : Valenti's One-Month Mistress, One Summer in Italy, and A MOTHER FOR HIS DAUGHTER.
Faye Matteson spent an entire summer in Rome working alongside Dante Valenti, the owner of the famed Il Maia Hotel and its even more famous restaurant, Perfezione. While the summer was enchanting, it ended bitterly. Walking through the doors of the Il Maia now, with that summer six years behind her, she is once again face-to-face with the man who shattered her innocent heart. To add insult to injury, he offers to bail her restaurant out, but only if she agrees to some devious conditions. In a whirlwind of bitterness and intense longing, the two relive the mistakes they made that summer long ago. 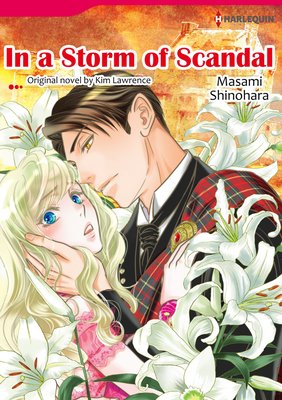 This bundle contains : IN A STORM OF SCANDAL, WIFE WITH AMNESIA, and DR. CHARMING.
Luca and Poppy swore they'd be together forever, until one day when Luca suddenly broke off their relationship, telling Poppy to forget him and find happiness. His family needed him to marry a woman of similarly high standing and he couldn't let them down. Fast forward seven years and Poppy's been trapped in a storm while checking on her grandmother's castle in Scotland. Shivering with fear, she hears the door burst open and the great silhouette of a man appears-revealing none other than Luca, the man she could never forget. Now the two must spend a candlelit night in the great, cold castle until the storm passes! 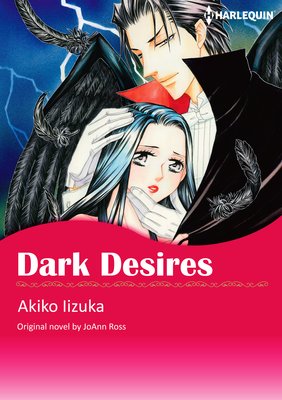 After a major incident, Savannah retires from her career as a gifted actress and starts working primarily as a composer. Blake, a charismatic director, has rumors circling around him that he attempted to murder his ex-wife. He becomes enamored with Savannah's ability and wants her to handle the music for his next film. Uncertain of the gossip about him, Savannah hesitates to work with Blake. Then, when they meet, the first thing he tells her is, "I wonder if I can stop myself from seducing you..." What on earth is he thinking? 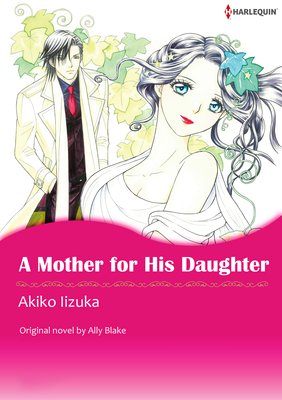 A Mother for His Daughter

Gracie has come to Rome in search of the father she never knew. When her money and hope have just about run out, a suited Italian man named Luca, who looks like someone straight out of a movie, offers her his help. In return for his aid, she is to tutor his young daughter. After she moves into his mansion, Gracie can't help but wonder if she's a fool, for she finds herself falling for the man. Still, she grows more and more attracted to Luca as she sees what a gentleman he is, even as she begins to realize that this happy-seeming family might hold a dark secret. 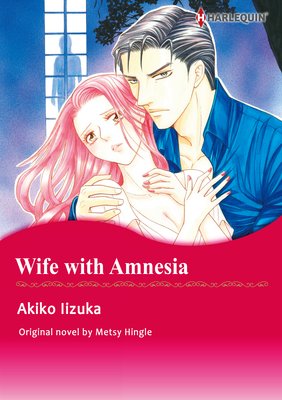 Claire wakes up dazed and disoriented in a hospital bed. The shock of a violent mugging left her with amnesia-she can't even remember her own name, and a man calling himself her husband is there in her hospital room! He's kind and patient with her, as if cradling her anxious heart. Claire longs to give herself to him, but she can't shake a bad feeling about their married life, and her doubts continue to grow. The more she falls for her husband, the more the shadows of her past haunt her... Love and hate come together in this romantic-suspense story! 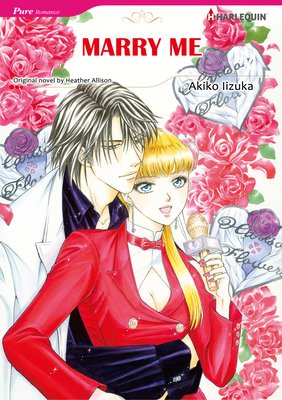 The hottest television show on the air is Hartson Flowers, starring Alicia Hartson and her pregnant cohost, Georgia Flowers. When Georgia goes on maternity leave, Alicia needs a bit of help hosting the show, which features live proposals between people in love. But when her quiet and demanding boss Anthony Domenico takes charge, Alicia begins to wonder if love can be understood by someone so focused on the business side of things! 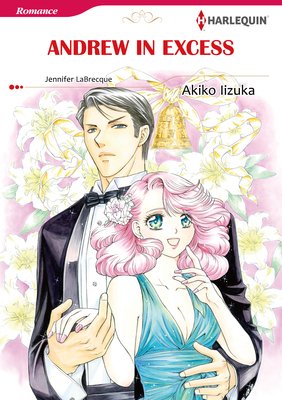 Andrew has an important goal in mind: he needs to get married so he can take over the family law firm. Kat has an equally important desire: she needs to find a father for the child she wants to have-but it has to be a man she has no chance of falling in love with. They can combine forces to attain their own personal goals-but can they keep their marriage purely contractual? 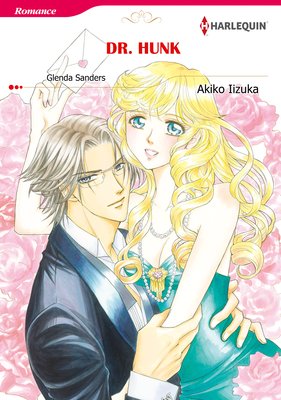 Just who is this mysterious "Dr. Hunk" that Kelsey's been delivering mail to? The cute and young postal worker has been delivering packages to an apparent recluse, but when she happens to meet him at the mailbox one day, he's anything but! And though he's a gentleman and a scholar, Professor Garrick Booth is also all about bugs. Can he gather enough confidence to ask Kelsey out? And can a professor and a mail carrier find enough to talk about between mail and moths?